Home ›
Our Pet Experts ›
Nora Zelevansky ›
I Work With Animals: Life as a Sheep Farmer

I Work With Animals: Life as a Sheep Farmer 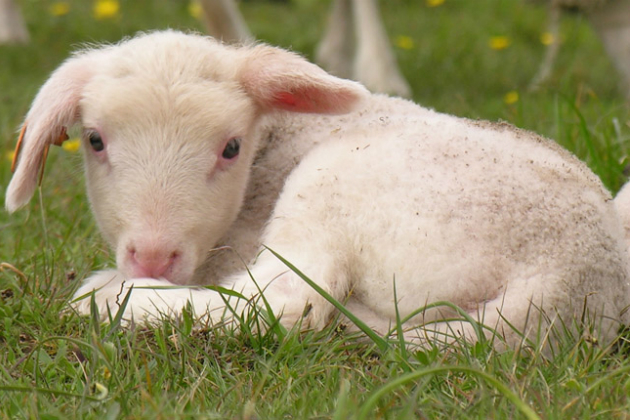 If you email Marcia Barinaga in March, you’ll receive a prompt “out of office” reply, which begins with a quote from This House of Sky memoirist Ivan Doig: “Lambing ... stretch[es] as one long steady emergency, like a war-alert, which never quite ignites into battle, but keeps on demanding scurry and more scurry.”

Then, in Barinaga’s own voice: “We’re lambing. Please be patient. I’ll try to respond as soon as I can.”

In layman’s terms, this means that, for the entire month, Barinaga and her two employees are in the barn — sometimes day and night — helping ewes give birth and tending to newborns.

To hear her talk about the experience, lingo rolling easily off the tongue, you can imagine that she's spent her entire life on a farm. But, despite sheepherding roots that date back to her Spanish grandfather, this is not at all the case.

She talks to Vetstreet about her journey from science writer and biologist to full-fledged sheep farmer and cheese maker at Barinaga Ranch.

Q. Tell us about your family's history with sheep.

A. Barinaga: "My father’s family are Basque. My grandfather immigrated to this country in 1907 to work as a sheepherder at a ranch in Idaho, where he eventually bought his own ranch. My father was born on a sheep ranch, but he had a career off the ranch as an engineer.

It was always exciting for me to visit as a girl, but I was most interested in horses at that time. I actually never even touched a sheep until I decided to have dairy sheep and bought this property in Marin County, California." 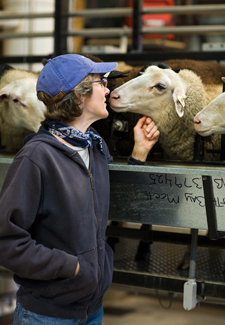 Q. What inspired you to make this lifestyle change?

A. "I have a Ph.D. in molecular biology, but I decided that I didn’t want an academic career, so I became a science journalist for 15 years. In 2001, my husband [Corey Goodman] and I decided that we wanted to buy some land, where we would someday build a house and retire. My husband started a few biotech companies, and it was from a windfall from one of those companies that we were able to buy the ranch. We fell in love with the first ranch that we saw, which is 800 acres and overlooks Tomales Bay and Point Reyes. Only then did we start to think about what we were going to do with it!"

A. "It’s important for ranches in this area to remain in active and productive agricultural shape. We lease out some land for beef cattle grazing, but we wanted to do something that would be sustainable in three ways: sustain the ranch economically, sustain the land and sustain the agricultural community, which means being active economic members and consumers through our operation.

It was actually my father who was first interested in the sheep cheeses made in the Basque country. Sheep dairying has never been in the picture on a large scale in the U.S. — it’s a very young industry that's only grown recently. I realized this would be a great value-added product. Plus, this land is most suited to livestock, so I wasn’t going to try and grow anything.

East Friesians, which is what I have, are wonderful petlike sheep who are very affectionate. When they’re purebred, they’re fragile because they've been bred for milk production for so long. I’m breeding in a little bit of hardiness by crossing them with Katahdins, which makes them stronger."