Is Medical Marijuana Safe for Pets? A Case for More Study 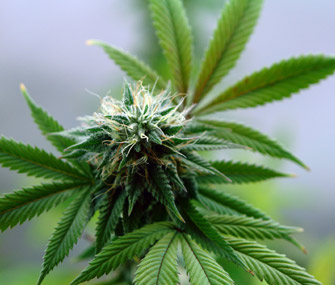 Both the promises and perils of medical marijuana (MMJ) point to the need for science-based education, regulation and research. Many of us living in Colorado, one of the first states to legalize the sale of marijuana for both medical and recreational purposes, find ourselves touched deeply on a daily basis by stories that both uplift as well as cause grave concern for our veterinary patients.

On the up side, marijuana appears to afford a “lifesaving” alternative for a daunting gamut of difficult-to-treat disorders, including intractable epilepsy (seizure disorders that drugs cannot control). For companion animals, even the American Veterinary Medical Association website carries testimonials favoring veterinary cannabis, in which caregivers attest to significant benefits in their animals, who were unresponsive or intolerant of mainstream pharmaceuticals.

Now that marijuana is becoming legal to buy for humans in a growing number of states, many are trying it on animals. But should you be administering it to your pet? Should your veterinarian?

Because of the higher toxicity of tetrahydrocannabinol (THC) in dogs compared to humans, many cannabis products sold for dogs list cannabidiol (CBD) instead of THC as the main active ingredient. (THC is the substance in cannabis that typically makes human users high.) Websites selling CBD-predominant substances for dogs may claim that their products are “completely safe” but lack reliable research to back those claims. There are, in fact, many potentially helpful chemicals in the cannabis plant, but THC and CBD usually outnumber the rest, although amounts are dependent on the strain of plant. What that means is that the ratio of cannabinoids (i.e., chemicals in the cannabis plant) differs among plants based on their genetics. While the CBD in cannabis does not make someone “high” in the usual sense, it may benefit human patients with various medical problems, including Crohn’s disease, post-traumatic stress disorder and multiple sclerosis. CBD reduces pain, inflammation and anxiety as well as seizure activity. Research suggests that CBD has lower toxicity and higher tolerability than THC in both humans and non-humans. However, research has not yet established safe dosing guidelines for either population, partly because of highly restrictive federal laws that prohibit scientists from thoroughly investigating its effects.

Lacking rigorous scientific evidence, veterinarians cannot determine safe dosages and THC/CBD ratios of medical marijuana for dogs, cats and other animals. Veterinarians and owners are left relying on anecdotal reports, trial and error and companies’ claims. If the tolerable and safe dose, whatever that might be, is exceeded, an animal may land in the local veterinary emergency clinic, and there are no antidotes for THC poisoning. While many insist that marijuana overdoses cannot kill, the consequences of cannabis can indeed turn deadly in dogs as the result of THC overdose.