Most Popular Rabbit Names of the Past Year

Rabbits will be on the minds of lots of people this weekend as Easter arrives and the Easter Bunny makes visits around the world. Some families may even be welcoming a new pet rabbit into their homes, and they could be wracking their brains trying to figure out what to name him or her.

While some people try to choose unique names for their pets, looking for inspiration in everything from food and drink to celebrities and historical figures, many choose more common monikers, making some names much more popular than others. We examined our database of 32,533 male and 24,011 female rabbits to pinpoint the most popular names of 2013, and a few of those names just might surprise you!

Popular Names for Rabbits... and Other Pets

A look at the top 10 names for both male and female rabbits reveals a fair amount of crossover between the two lists. For example, did you know Bun Bun is one of the most common names for both genders? Of the top names, four appear on both lists.

A few of the names most likely made the list because of their connection to pop culture. Thumper is on both the male and female top 10 lists, and who would be surprised? Who wouldn’t love to name their rabbit after the cuddly character in Disney’s Bambi? Bella’s popularity as a female rabbit name could have something to do with the main character of the same name in the Twilight series of books and films. As for Peter, there are quite a few references to rabbits with that name in pop culture. It may be the No. 4 name on the male rabbit list thanks to Beatrix Potter’s The Tale of Peter Rabbit or Thornton Burgess’s The Adventures of Peter Cottontail.

Want to see the complete top 10 lists of the most common rabbit names for 2013? Check out the slideshow below!

Top Rabbit Names From the Past Year 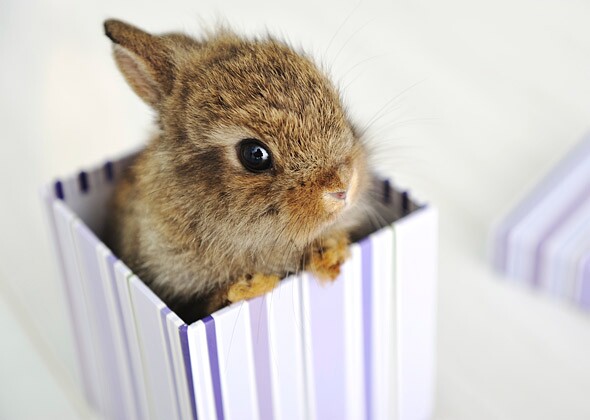 You just can’t go wrong with naming a pet Fluffy, so it makes sense that it’s the 10th most popular male rabbit name. As for females, why shorten Bunny to Bun Bun? We’re not quite sure, but the adorable name takes the number 10 spot. 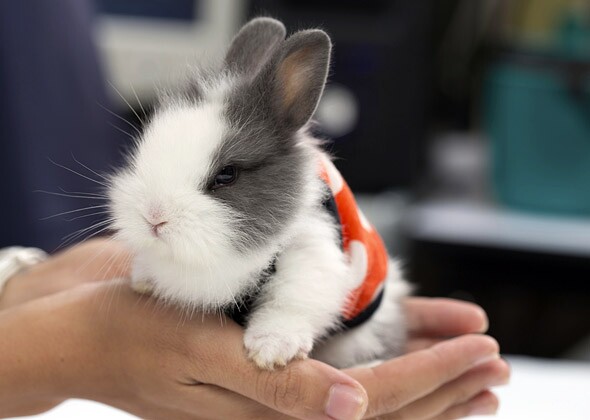 Buddy makes number 9 on the male name list, appropriate for anyone who sees their pet as their constant companion, while for females short-and-sweet Lily claims the spot. 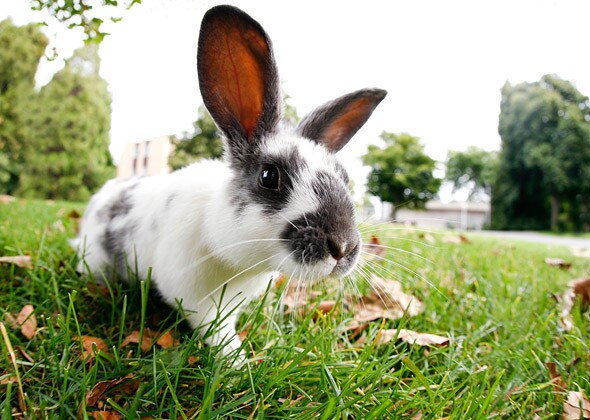 Three- and four-letter names for pets like these two are often cute and easy to remember, especially for kids. That might be why these names are popular with rabbits as well as puppies and kittens. 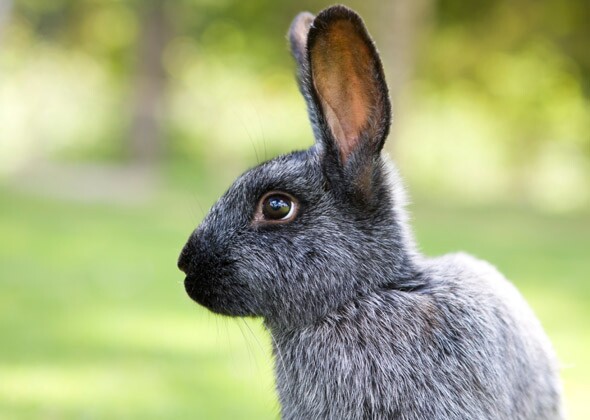 The unique name Bun Bun is more popular with male rabbits, coming in at number 7, than with females. Lucy may be a less unique name, but pet owners still like to give it to their female rabbits! 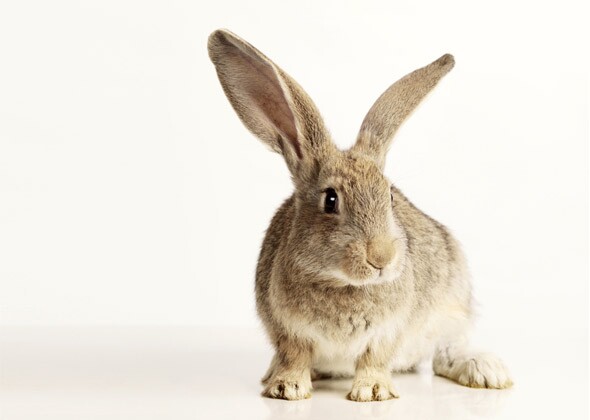 Not as popular with females as with males, Thumper still makes the top 10 of most common female rabbit names. Charlie, which made the top five most popular names for both puppies and kittens in 2013, comes in at number 6 for male rabbits. 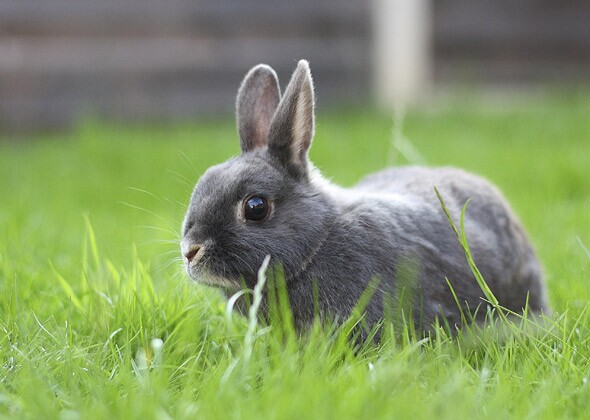 Jack may have made the list because of the jackrabbit. Unfortunately, many people may not realize that the jackrabbit is actually not a rabbit, but a hare! As for Lola, this beautiful name seems to be popular with all types of female pets. 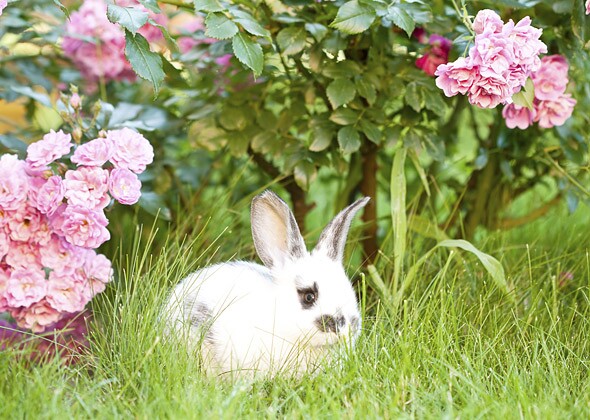 The adorable name Oreo is the fourth most common name for females. Peter, perhaps thanks to the many pop culture references to rabbits with that first name, is number 4 for males. 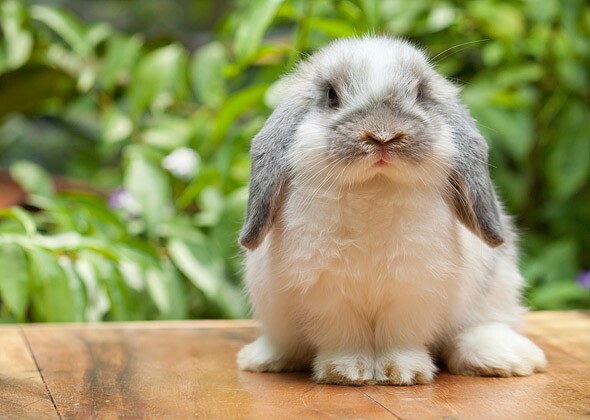 Oreo is a more common name among male rabbits, coming in at number 3. For females, Daisy is number 3 and was also one of the most popular names for female puppies in 2013. 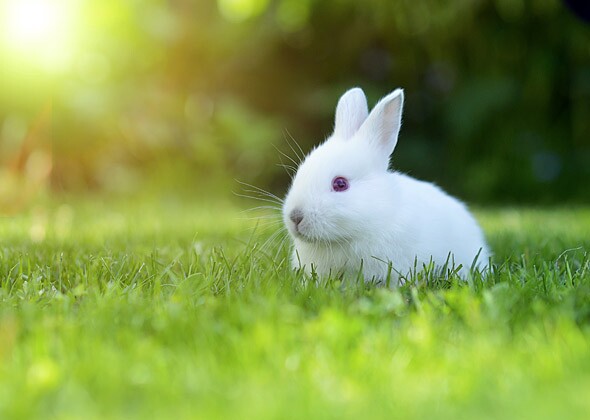 The Twilight franchise might be responsible for the second most popular name for female rabbits. Who doesn’t want an adorable vampire bunny named Bella? As for the male list, Bunny takes the second spot. 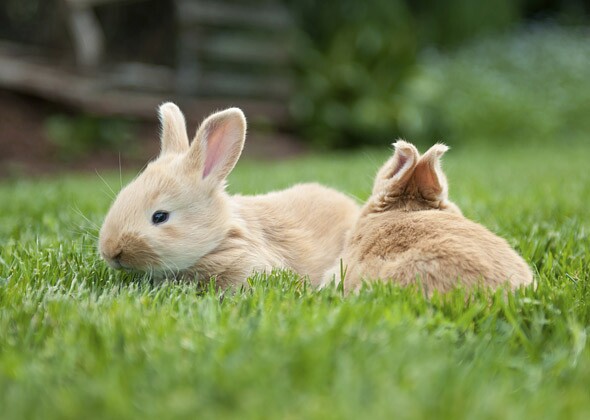 The No. 1 names for male and female rabbits are classics that actually appear in the top 10 on both lists.