One Vet's Advice: Don't Force Your Pet to Be Vegan 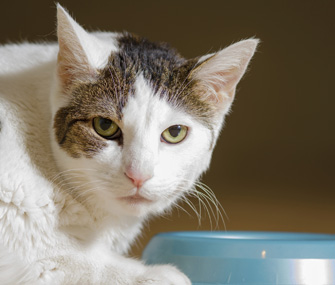 Are you a vegetarian? A vegan? Thinking of taking the plunge? Lots of my close friends, longtime vegetarians, are immersing themselves in the vegan way of life. It’s hard work, but it’s worth it, they say. Not eating or wearing animals means not buying into the wider culture’s conception of animals as food, shoes and car seats.

No, we’re not talking about the temporary, trendy veganism á la Beyoncé. Nor do I refer to yet another cheesy Dr. Oz weight-loss regimen or one of those I’m-so-cool-I’m-vegan-for-a-millisecond kind of thing, which is why I respect those who make the difficult choice. Many who care deeply about animals and the sustainability of our food supply deem the vegan approach the only morally defensible one.

Though I’m not a vegan, I can really get behind that decision. In fact, I believe vegans will always hold the moral high ground in the debate over the ideal human diet from an animal welfare standpoint. But that doesn’t mean I’m always on their side.

Recently I’ve been reading about how some vegans are clamoring for a similar food choice for their pets. And that’s where I draw my bright line. At least in the case of dogs and cats.

I’ve personally dealt with only a handful of cases in which owners adamantly sought assistance converting their dogs and cats to the vegan diet they followed themselves. Each time, I explained that both cats and dogs are carnivores. As such, neither a vegan nor a vegetarian diet is an acceptable alternative to the meat-based version they’re evolutionarily adapted to eating.

Though both dogs and cats can survive on a plant-based diet, ideal nutrition — the very foundation of good health — is not well served by that approach.

Cats, in particular, don’t do well on a meatless diet. Because they’re obligate carnivores, or "true" carnivores — meaning they depend only on the nutrients found in animal flesh for their survival — their bodies (specifically, their gastrointestinal tracts) are not ideally suited to digesting non-meat foods. Though cats seem to do well on vegan diets once they’ve acclimated to them, the long-term effects of feeding felines diets that lack animal protein have not been established.

And dogs, long considered omnivores, have been reclassified as carnivorous by some leading pet nutritionists. Which means, given our current understanding, that it’s not reasonable to expect best results in health and longevity if you’re feeding them a vegan diet.

Despite my admonitions, most of my vegan-seeking owners made a go of it after reading lots of online drivel in favor of such regimens, which is understandable given that organizations like PETA offer a pretty positive spin on feeding pets vegan diets. So does television star Ellen DeGeneres, whose Halo brand pet food has developed one of the few vegan diets for dogs on the market.

However, I’ve had very little success converting cats, in particular, to a vegetarian or vegan diet. Though commercially available vegan foods (along with supplements) now make such a diet a viable reality for pets, at least in the short term, it’s my impression that cats know best: Most won’t eat it without serious coaxing.