March 3, 2017: We've scoured the Web to find the best and most compelling animal stories, videos and photos. And it's all right here. 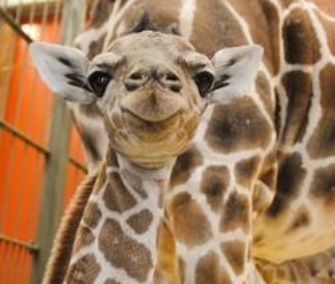 As thousands watch a live stream waiting for April the giraffe to give birth at a New York zoo, the Denver Zoo announced this week that its 23-year-old giraffe, Kipele, quietly had a baby of her own on Tuesday morning. When the zoo’s staff noticed Dobby wasn’t nursing initially, they quickly jumped in to feed him and provide critical care. Luckily, he has now started nursing and is doing well with his mom. Dobby was a surprise to the public — and to the zoo. His mom had been on birth control, and even when keepers suspected a pregnancy, they weren’t able to confirm it because she resisted attempts to do an ultrasound. But they’re thrilled to have this unexpected addition to the herd. — Read it at the Denver Post

African elephants may be among the shortest-sleeping mammals on earth, new research finds. After observing two female matriarchs for a month, researchers found that the elephants slept an average of just two hours per day and often go for nearly two days with no sleep. “Elephants really don't sleep all that much, and this appears to be related to their large size,” said lead researcher Paul Manger, a professor in the School of Anatomical Sciences at the University of the Witwatersrand in South Africa. The research confirmed Manger’s suspicion, based on what was already known about an elephant’s brain structure, that they would be very short sleepers. Some nights, when the elephants were disturbed by something, they didn’t sleep at all. The study was published in the journal PLOS ONE. — Read it at Live Science

Wildlife officials are hopeful that the endangered jaguar is reestablishing itself in Arizona. The U.S. Fish and Wildlife Service released a photo Thursday from a trail camera that was taken in November and recently retrieved. The cat is seen wandering through the Dos Cabezas Mountains, about 60 miles north of the Arizona-Mexico border. That’s the farthest north of the border that a jaguar has been seen in decades. Two other jaguars have recently been spotted in Arizona. They were both male, but officials couldn’t tell from the photo whether this cat was male or female. — Read it at The Arizona Republic 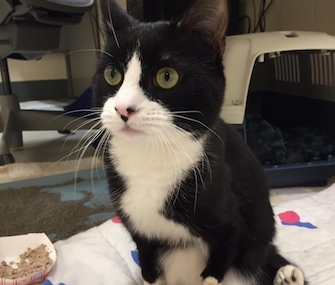 MSCPA-Angell / Facebook
Hundreds of inquiries have poured in about Ivan, a special needs kitten who's up for adoption.

A Massachusetts animal shelter is searching far and wide to find the right home for a lovable and adorable special-needs kitten. Ivan, a 10-month-old tuxedo cat, was born without radial bones in his front legs. His left hind leg is also deformed, making it impossible for him to walk normally, so he does an army crawl to get around. This can make it hard for him to make it to the litter box, which is making the search for an adopter extra challenging. He’s been at the MSCPA adoption center in Boston for two weeks, since his previous owner surrendered him. “What Ivan lacks in mobility he more than makes up for in personality,” said adoption manager Alyssa Krieger. The center has had more than 300 email inquiries about Ivan since his story made headlines this week, and the staff is hopeful they’ll find the right fit. — Read it at MassLive

It was an unusual scene for Washington. For his first day on the job as Interior Department secretary, Ryan Zinke, arrived for a welcoming reception on an Irish sport horse named Tonto. The Montana native was escorted a few blocks through the city by police, and was greeted by a drummer from his home state’s Northern Cheyenne tribe. In his new job, Zinke will oversee the country’s 500 million acres of public land, including the National Parks. — Watch it at The New York Times