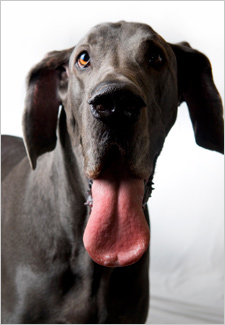 He was truly larger than life.

Giant George, a 5-foot-tall, 245-pound Great Dane, passed away last week, one month shy of his 8th birthday. He made headlines when Guinness World Records named him the world’s tallest dog in 2010.

In his 7 short years, Giant George won the world record and appeared on Oprah, the Todayshow and Good Morning America.He was even the subject of the book Giant George: Life With the World’s Biggest Dog by his owner, Dave Nasser. 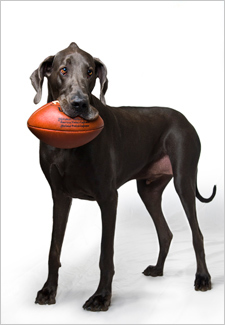 “We appreciate the love and support you have given Giant George over the last several years. We look forward to honoring his spirit by continuing his charitable works,” Team Giant George wrote in a recent blog post.

To honor his life, the Giant George team is asking animal lovers to donate to or volunteer for their favorite animal cause or organization on November 17, which would have been George’s 8th birthday. Check out the Giant George Facebook page to see how you can pay tribute to the beloved canine.