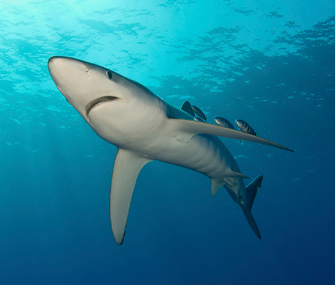 Thinkstock
Here's an astounding fact: The blue shark can give birth to as many as 135 pups in one litter.

It’s the most wonderful time of the year! No, it’s not Christmas; it’s Discovery Channel’s Shark Week, which kicks off Sunday, July 5.

To celebrate, we talked to our friends at The Maritime Aquarium at Norwalk in Connecticutto get some interesting (and surprising) facts about these mysterious (and sometimes feared) creatures.