Home ›
Our Pet Experts ›
Skin Cancer Risk in Animals: New Research Shows That Even Fish Get It

Skin Cancer Risk in Animals: New Research Shows That Even Fish Get It 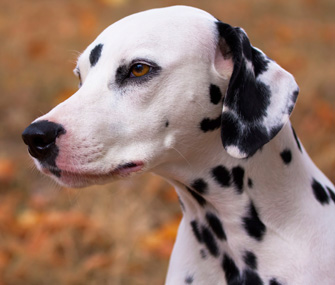 Thinkstock
Breeds like Dalmatians are particularly at risk for sun-induced skin disease.

“It’s the first time that skin cancer linked to UV rays has been seen in marine fish,” says Dr. Michael Sweet, a Newcastle University researcher who recently published his eye-opening findings in the academic journal PLoS ONE.

According to Sweet, he didn’t set out to discover “fish cancer.” The coral disease researcher was in Australia, studying different coral, when he befriended fish biologists working with sharks, whose prey were coral trout. Since 2010, the researchers had noticed strange black lesions on a large proportion of the fish that they were catching and tagging.

“They asked me if I could identify what it was,” Sweet says. “At first, they suspected a fungal disease, but after further screening, the histology revealed cancer symptoms in the trout.”

Since then, researchers around the world have come forward with evidence of other species that may be affected. “So far, I’ve been sent photos of Indian sardines, prawns from Australia that look like they have similar black markings and butterfly fish from the Caribbean,” Sweet says.

Animals Most at Risk

Although melanoma has also been detected in whales and dolphins, skin cancer isn’t just limited to animals who call the ocean home.

Sunburns are caused by UV rays, which damage cells in exposed skin. Blistering, which leads to cell death, is actually meant to protect the skin by sloughing off damaged cells. But if those cells multiply, they can pass along damaged DNA, which can then develop into skin cancer.

Household pets, such as dogs and cats, are also susceptible — particularly certain breeds.

“Dogs with short coats, white coats, light-colored skin and sparse tummy fur are especially prone to sun-induced skin disease and cancer,” says Dr. Jules Benson, BVSc MRCVS, a veterinarian at the Doylestown Animal Medical Clinic and a member of the board of trustees for the Pennsylvania Veterinary Medical Association (PVMA). “Breeds like Dalmatians, Staffordshire Bull Terriers, Whippets and Greyhounds are particularly at risk, as well as ‘hairless’ dogs, like the Chinese Crested and Xoloitzcuintli.”

In fact, melanoma is on the rise in pets — but it may actually be a good sign because it means that owners are noticing symptoms and seeking treatment earlier and more often than before.

A new vaccine for the treatment of cancer, the first to get USDA approval, also offers hope. “With melanoma specifically, the last few years have been an incredible development [period] with the release of the ONCEPT vaccine,” Dr. Benson says. “Being a therapeutic vaccine, this is not aimed at prevention, but at treating early-stage disease.” 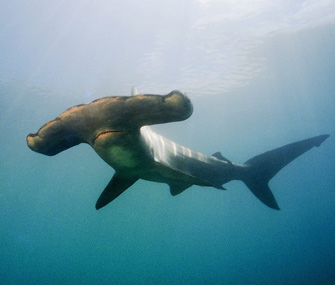 flickkerphotos via Flickr
Scalloped hammerhead sharks can change color to protect themselves from the sun.

How Animals Naturally Protect Themselves

Most wild creatures and pets are well adapted to prolonged sun exposure, thanks to “scales, feather or fur to protect them,” Dr. Paul Calle, chief veterinarian at the Wildlife Conservation Society, told The New York Times.

And, like humans, they also tend to seek cover by taking a mud bath or burrowing in shady areas when temps rise.

Some animals are even proving that, when exposed to full sun, they have amazing adaptive mechanisms in order to protect themselves — like the ability to gradually change color.

While studying juvenile scalloped hammerhead sharks in Hawaii, Chris Lowe, a professor of marine biology at California State University at Long Beach, and his wife, Gwen Goodman Lowe, a graduate student, were shocked to see sharks that they'd placed in shallow pools changed hue in the course of just a few weeks.

At first, they thought their eyes were deceiving them.

“When you catch them, the sharks are kind of light gray-beige, the color of concrete,” Lowe explains. “[But] the sharks in the pond turned black. We looked at them and said, ‘What’s that all about?’ ”

It turns out that all sharks, and most fish, have the capability to physiologically alter their color. “They do that by moving pigments up and down in their skin, and they can do it quickly,” Lowe says. “That’s how flounder blend into their background.”

So Lowe invited the foremost shark experts in the world to witness his discovery. Once there, they decided to test the effect of UV rays on the production of melanin in the sharks’ skin by attaching UV filters to the animals’ pectoral fins. Their findings: Sharks exposed to more UV rays produced 38 percent more melanin in a month — and darker skin to match. In fact, they produced so much melanin that “it would actually ooze out of their skin,” Lowe says.

Now other researchers are studying whether an increase in melanization — at least in hammerheads — is a way to reduce skin-related mutations.

“It was a complete accident that we came upon this,” Lowe says. “It took us being in the right place at the right time, but it’s possible that this has been going on for a while . . . and nobody’s noticed.”