Study: Many Dog Harnesses for Cars Are Unsafe 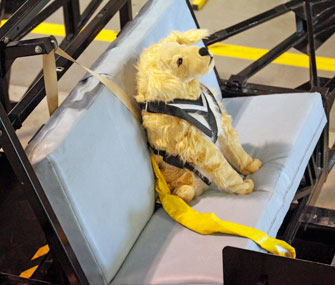 Courtesy of Center for Pet Safety
A crash test dummy dog is harnessed and ready for testing.

In 2004, Lindsey Wolko was traveling with her dog, Maggie, who was in a harness in the back seat, when she had to slam on the brakes to avoid an accident.Thetether of the harness turned out to be too long to keep Maggie secure on the seat. So when Wolko hit the brakes, Maggie went flying and hit the back of the front seat. She was injured and terrified but fortunately survived.

“As a pet owner, I thought I was doing everything right,” Wolko told Vetstreet. “From that moment forward, I started to look at these products and say, ‘So that injured my dog.’”

Fast-forward to 2013, and years of sampling and testing pet safety products have finally paid off. Wolko, who founded the nonprofit Center for Pet Safety in 2011, embarked on a landmark study on pet harness safety, which was sponsored by Subaru. Last week, CPS released the results. Out of the 11 harness brands tested, only one — the Sleepypod Clickit Utility harness —passed crash safety testing.

A Look at the 2013 Harness Crashworthiness Study

Through its 2013 Harness Crashworthiness Study, CPShoped tonot only identify the top-performing harness brands for consumers but also create a standard protocol for manufacturers. Unlike human car safety restraints, there is no government oversight or safety standard for pet harnesses. 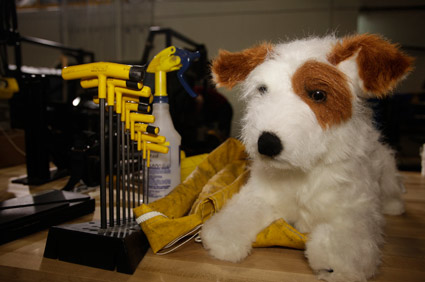 To determine which harness brands were the safest, the Center for Pet Safety sampled 11 pet harnesses that claimed “testing,” “crash testing” or “crash protection.”

Although there are no sizing standards for pet safety harnesses, most of the manufacturers’ harnesses are available in sizes small, medium and large. CPS created crash test dummy dogs to represent a typical small (25-pound) dog, medium (45-pound) dog and large (75-pound) dog.

Before each harness brand could go through crash testing, it had to pass a preliminary test in which a harness secured on a static, standard-size crash test dog had to maintain structural integrity while being pulled by a machine that puts force on the harness for a five-second hold period. If the harness broke or allowed the dog to become a projectile, it failed and did not go onto crash testing.

Of the 11 brands in the study, seven passed preliminary testing, and four failed.