The Great Debate: Are Mutts Healthier Than Purebreds? 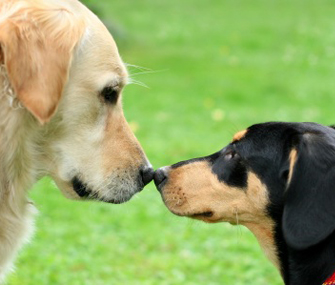 There’s an unspoken assumption amid the mutt-loving set that mixed breeds are inherently healthier than purebreds.

Among breeders, however, the reverse is often claimed. After all that genetic disease and temperament testing, they argue, there’s no way a mix from the pound can best a dog with meticulous breeding.

So what’s the truth?

Given that the mutt vs. purebred thing hasn’t been rigorously studied yet, there’s no way I can offer you anything definitive. Nonetheless, most veterinarians will confess to harboring an opinion on the subject, based on our professional experiences and scientific education.

To the annoyance of most purebred breeders, most of us tend to side with the mixes (and, no, we don't consider hybrids, like Labradoodles, exempt from the purebred designation). Mutts mostly win out for their sheer hardiness, thriftiness and longevity, due to their lower incidence of genetic disease.

Since they are likely to have a lower risk for receiving a high dose of specific purebred genetic material that can lead to inherited disease, I believe they’re healthier than purebreds in this particular sense. As a result, many mutts have a lower rate of hip dysplasia, certain knee diseases, most spinal diseases, many heart diseases, plenty of cancers and a whole lot of skin, blood, brain, liver and kidney diseases, among others.

Statistically speaking, mixes win out — but genetics are only half the battle. Here are some other key factors that come into play in the mutt vs. purebred discussion.

If you buy a purebred pet, you’re probably getting one that’s 8 weeks of age. That’s when pups (and, arguably, kittens) are best capable of absorbing socialization cues that will stay with them for life.

Mixed breeds typically don’t have as many perks as their purebred counterparts on this score (they tend to end up in rescues and shelters more often), which is why they can suffer from a higher percentage of fear-based behavior problems. And that’s a big health care problem, considering the answer for many of these behavior issues is euthanasia.

It's heartbreaking to go to a shelter or rescue and bring home a pup who immediately requires more than $1,000 in vet care for a severe respiratory infection, for example.

It’s true that some shelters have more problems than others, and it’s also true that plenty of purebreds end up in shelters. But when you’re tallying points in the mutts vs. purebreds debate, mutts seem to suffer more from infectious diseases at the time of adoption, since more purebreds are purchased than adopted.

Contrary to popular opinion, puppy mill dogs are not always a health care disaster. Nonetheless, I personally believe that a whopping 75 percent suffer from a serious disease at the time of purchase, but since the majority of these conditions are long-term issues related to a breed standard (bowed legs and pushed-in faces, for example), most consumers don’t have the knowledge to look at them as problems.

I hasten to point out that it’s not all doom and gloom: Plenty of breeders enlist veterinarians to help them weed out specific genetic diseases. But does it mean that purebreds are inherently healthier because a small segment of the breeding population is taking extra steps to produce healthier dogs?

Unfortunately, genetic testing is an incomplete solution — even in the best of worlds. After all, you can take the hip dysplasia out of the Labrador, but you’ll never get it out of the Bulldog, unless you change the definition of the breed. (And I can think of at least 10 more examples of breeds off the top of my head.)

At this point, it should be obvious that the great mutt-purebred debate is more politically charged than you might have expected. So who’s really healthier?

My answer: It’s a DNA crapshoot, this game of genetics. Some win, some lose.

Similarly, nature will always prevail. Whenever humans tinker with creatures to our own specifications, we end up with a more expedient animal in some ways but an inferior one in others. With purebreds, the benefits we gain in form and function are inevitably coupled with side effects we're not always capable of offsetting.

Does this mean I'm anti-purebred? No way! Purebreds will always have their place. But I will admit to a significant cautious response to them, given the health issues I so often see. Can you blame me?