Home ›
Our Pet Experts ›
Dr. Ann Hohenhaus ›
The Journey Toward a Vaccine Against Melanoma in Dogs

The Journey Toward a Vaccine Against Melanoma in Dogs

Editor’s Note: Melanoma Monday is for dogs, too. To mark this day that is meant to raise awareness about the disease, as well as highlight some of the advancements that have been made, our Vetstreet.com veterinary cancer expert Dr. Ann Hohenhaus traces the development of a novel treatment. 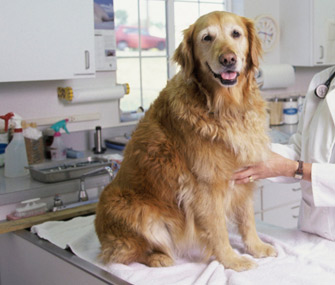 The drive to create a vaccine against melanoma, a serious cancer in dogs, has been going on for years with many successes and failures along the road. In honor of Melanoma Monday, as well as May being National Skin Cancer Detection and Prevention Month, let’s take a look at the history of a major development that is helping veterinarians to fight this disease in dogs.

You probably already know this, but just to recap, vaccines are given to both humans and pets to provide protection against an infectious disease, such as influenza or parvovirus. Many vaccines typically contain a portion of a disease-causing virus or bacteria (or sometimes a “safe” form of the entire organism). When the vaccine is administered, the immune system is stimulated to fight a particular disease. The vaccine teaches the immune system to make antibodies that will ideally destroy the virus or bacteria should the person or pet become exposed.

This method of sparking the immune system to fight off infectious disease inspired doctors to consider a similar approach to fighting cancer.

Modern efforts to harness a patient’s own immune system to treat melanoma, a serious cancer in dogs, began in the mid 1980’s. Veterinary researchers found that administering a bacterium, Corynebacterium parvum, to canine melanoma patients improved survival in some by activating the immune system against the bacteria and hitting the melanoma cells as collateral damage from the immune system activation. However, this method of immunotherapy has been largely abandoned in favor of treatments that more specifically target tumor cells themselves.

A different approach to melanoma immunotherapy that was developed about 10 years ago used a vaccine made from the patient’s own immune system. Immune system cells taken from a dog diagnosed with melanoma were mixed in a laboratory with melanoma cells and immune-stimulating compounds. This process helped “program” the immune system cells to attack the patient’s melanoma. However, this “personalized” vaccine was not very practical as the vaccine could only be produced one dog at a time. As a result, it remains a research tool rather than a clinical therapy.

Yet another experimental approach to treatment of melanoma in dogs requires genetic engineering. Genes essential for the production of white blood cells are inserted into melanoma cells grown in the laboratory. When these genetically engineered melanoma cells are injected into canine patients, the white blood cells mount an immune response against the dog’s melanoma and destroy it. Because the injected cells help to initiate an immune response, this is considered another form of vaccination, but it still has not reached the veterinary market.