The Myth of the Clean Pet Mouth 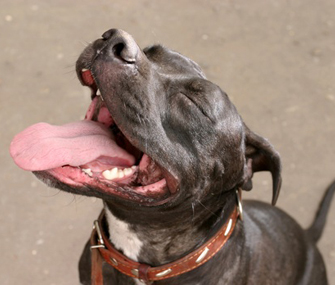 When a dog returns to my office with a gaping wound just three days after surgery, it’s usually because she managed to get under her e-collar. Sometimes, however, the dog is attached to an owner who swears by the “wound licking” approach to healing.

“A pet’s mouth is cleaner than ours,” these owners claim, adding that animal mouths are made for licking. Occasionally, they even cite Julius Caesar, noting that he apparently employed a small army of trained, wound-licking dogs to deal with his soldiers’ injuries.

My form response: That was more than 2,000 years ago. Would you turn to a German Shepherd instead of a doctor following a bad run-in with some pavement?

Sure, quickly getting blood, dirt and bacteria off a fresh wound is a good thing — regardless of whether it’s with a tongue or a gauze sponge. Of course, the latter is far better, unless you're in a pinch.

It’s also true that normal licking can be therapeutic: Mammalian tongues are partly designed to remove dirt and dead tissue from injuries. Saliva also contains enzymes and factors designed to reduce infection and speed healing. To date, more than 20 beneficial compounds have been identified in spit.

It's interesting to note that humans share these cool healing features in saliva, too. Though it may not be fashionable to say so (much less do it), there’s plenty of evidence to suggest that humans should be licking our own wounds — briefly, anyway.

But that doesn’t mean that excessive wound licking is wise. After all, bad oral bacteria also abound, along with obsessive tendencies in pets. So the fact that licking can be helpful doesn’t mean that their mouths are cleaner than ours.

The problem with human mouths (and probably how we got to thinking that our mouths were dirtier than pets’ mouths) came up for discussion when it was reported that human-on-human bites suffered higher rates of infection than dog- or cat-on-human bites.

Although this myth was eventually debunked (almost nothing beats a cat bite), the human-mouths-are-dirtier idea has stuck. Indeed, pets have far more potentially harmful bacteria in their mouths than we do, which brings me back to my patients: Why allow an animal to tend to her own wound when you have access to excellent modern veterinary care?