Home ›
Our Pet Experts ›
The Psychology Behind Naming Our Pets

The Psychology Behind Naming Our Pets 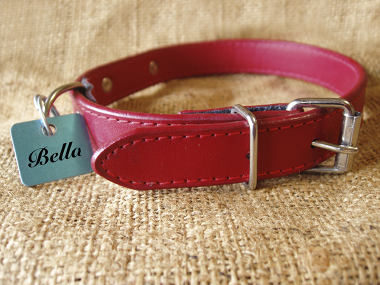 They’re the monikers of just a few well-known pooches who've made headlines in the past few weeks. But how exactly did these dogs get their names — and what psychological influences are at work when we decide what to call our pets? (Think: Which domestic diva would name her Best in Breed Chow Chow after a famous dictator?)

We spoke to the experts — and reviewed our internal research — to reveal not only the most popular puppy and kitten names of 2011, but some of the key cultural influences underlying our very personal choices.

“Pet names are definitely affected by pop-culture trends,” says Toni Perling, executive editor and co-founder of PetBabyNames.com. In fact, what happened in Hollywood just last month is expected to influence pet-naming trends clear through 2013. “I predict we’ll be seeing a lot more Uggies, from The Artist, and a lot of Stellas, from Modern Family,” she says.

Indeed, says Perling, Bella has topped the list of the most popular female dog and cat names for several years running, thanks to a heroine of the same name in the Twilight series.

When it comes to kittens, Simba became one of the top male cat names with the release of The Lion King, and all the hubbub surrounding Princess Kate’s comely younger sister at last year’s royal wedding allowed the name Pippa to cat-apult into place as one of the hottest female names of 2011.

Pet names also reflect larger cultural trends. The 1960s counterculture led to popular names like Flower and Peace, but Steven May, editor of The Daily Growl, says we’re most interested in naming our four-legged friends after influential people today, from actors and musicians to sports figures and politicians. “Owners who name their pets after a public figure tend to want that constant reminder and connection,” he says.

In Los Angeles, where May lives, Kobe (as in Bryant, the L.A. Laker) is one hot dog name. On the East Coast, Perling says that New York Yankee Derek Jeter’s hitting streak last summer coincided with an uptick in canines who share his last name.

And names influenced by pop culture can literally hit the charts overnight. “I expect we’ll be seeing a lot more Adeles and Whitneys,” May predicts.

Another growing pet-naming trend is giving animals names normally reserved for your step-dad or sibling. In other words, we’re forgoing names like Fido and Bruiser and opting instead for common human monikers — due to a desire to make our pets even more a part of the family.

“Our top 10 most popular pet names have pretty much held steady over the past few years,” Perling says. “Max is the top name for male dogs and cats.” Also on the “it” list are common first names like Charlie and Jack. For the ladies, Daisy, Molly and Lucy all number in the top 10, with Sophie and Chloe climbing the charts for female cats.

“Human names are definitely trending,” she says, “especially the classic and retro ones.” We certainly found this to be true when compiling our list of the top 10 trendiest cat and dog names.

You can chalk this trend up to a cultural sea change: “In the last five to 10 years, we’ve seen a rise in the emotional bonding and connection with our pets, and that leads to giving them more human names,” Perling says. “With people deciding to have families later in life, they can use a puppy or kitten as a tryout. I think the names reflect that.”

As for what’s next, in the same way that delaying families has led to an increase in twins, many pet parents are bringing home two furry bundles of joy at a time.

“We’re seeing a lot of fun pair names," Perling says. "Laverne and Shirley, Goofus and Gallant — we have a whole big list.” That includes two names that can’t help but go great together: P.B. and Jelly.

What did you name your pet and why? Tell us in the comments section below. And check out our list of the 10 Least Trendy Dog and Cat Names.