The Skinny on Xylitol, Stevia, Aspartame and Other Sugar-free Stuff 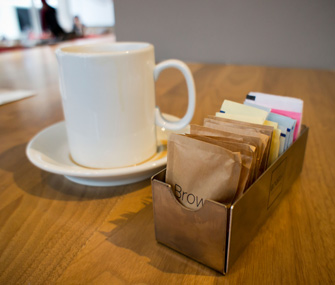 Richard Levine / Alamy
Other sweeteners besides xylitol aren't yet known to cause major problems in dogs and cats, but there's really no reason to give them to your pet.

It's Best to Avoid Artificial Sweeteners

Xylitol is by far the scariest, but it’s only one of several new-fangled sweeteners in the marketplace. While other sweeteners aren't known to cause major problems in dogs and cats, there's really no reason you should give them to your pet. Newer sugar substitutes include:

Erythritol: This is a natural sugar alcohol found in many fruits (such as pears).

Stevia: Reb A is the natural sweetener extracted from the stevia plant (Stevia rebaudiana). It’s commonly referred to as stevia.

In all, the FDA has approved six “high-octane” sweeteners, none of which we believe to be dangerous in small amounts to either dogs or cats (besides potentially causing gastrointestinal upset): advantame (just approved, so no brand name yet), neotame (brand name Newtame), saccharin (Sweet'N Low), aspartame (Equal), acesulfame potassium (Sweet One) and sucralose (Splenda).

Despite their alleged safety, here’s where I need to "get veterinary": There’s no earthly reason for feeding any pet anything sweet, whether it’s flavored naturally, artificially or otherwise.

Not only do you run the risk of feeding them a product containing xylitol (they’re often poorly labeled), but there’s also nothing especially healthy about any of the items. So why take the chance?