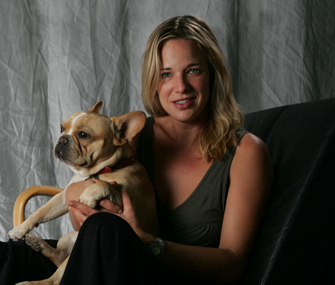 Let me offer this at the outset: I love French Bulldogs. I have never met a breed with such fun doggy drive, innate canine exuberance and undeterred affable dogability (if that’s a word). They just rock my world.

I’ve been a proud parent to at least one French Bulldog for more than a dozen continuous years, which is kind of strange, come to think of it. After all, I’m an outdoorsy, athletic type who has always doted on the big dogs who could keep up with me (or, rather, me with them).

My Life With Frenchies: A History

Never one to resort to small dogs in the past, I somehow broke down and adopted 4-year-old Marcel, my first Frenchie — and never looked back. I don’t know how it happened. But romance being romance, it’s all in the chemistry, isn’t it? And Marcel and I had oodles of it from the get-go.

So, too, was I wholly besotted by my Sophie Sue, who came to me as a 3-year-old pup the very weekend of Marcel’s untimely demise. In Sophie’s case, the adoption happened when an owner couldn’t afford her upkeep any longer — much less her emergency C-section.

And then there's Vincent, my current French Bulldog, whose misbegotten genetics — a cleft palate, among other abnormalities — occasioned the need for either a veterinarian owner with a fierce love for canine dermatology and strong ties to the veterinary surgical community or a very wealthy and highly dedicated pet parent.

Although all three have been unique in their personalities, each one has displayed a very characteristic “Frenchiness” that seems to pervade all but a few French Bulldogs I've met (and I’ve met hundreds by now). Playfully cuddly, solicitously soulful, quirkily clownish and delectably goofy ... how could anyone resist?

A Frenchie’s charms have a way of overwhelming anyone’s small-dog defenses — or any defenses, for that matter!

Not only are they interesting to behold — with their smushy faces, dwarfed limbs, deep skin folds, outsized heads and big doe eyes — but their personalities and energy levels are ideally suited to just about anyone. I can understand if you think French Bulldogs are ugly animals, but no one can deny that they’re the almost perfect companion dogs if you like intermittently active indoor dogs who won’t knock over your children and who will cuddle up almost on command.

This Cute Canine Comes With Some Caveats

Not that I haven’t had other breeds of dog (and currently do) — all of which were adopted as young adults after various and sundry healthcare crises drove them into my arms — but Frenchies have remained a constant for most of my veterinary career.

In fact, the vet thing is undeniably how I managed to become a Frenchie person, because what precipitated each adoption was the former owners’ prospect of lots of assiduous home care, coupled with huge impending veterinary bills.

Keeping a Frenchie is not for the seriously time-pressured or the financially faint of heart. A certain willingness to get your hands dirty is also recommended, since daily ear and skin fold ablutions, frequent bathing, routine eye care and sometimes even physical therapy are often required of French Bulldog caretakers.

Here’s a quick rundown of the problems these dogs most commonly face:

Skin and ear issues: Skin and ear diseases are commonly inherited in the breed, with demodectic mange and allergic skin disease overrepresented. This means lots of home care, frequent trips to the veterinarian and impressive expense if allergy testing, food trials, allergy vaccines and chronic medication must be employed. Marcel, Sophie Sue and Vincent all suffered from serious allergic skin disease.

Respiratory compromise: Respiratory issues, of course, are also ridiculously prevalent among the Frenchie set. Given that all French Bulldogs are, by design, short-headed, their respiratory tracts are ill-equipped for the free flow of air into and out of the lungs — a disease we refer to as brachycephalic syndrome.

Significant expenses may accrue if surgery to correct airway deformities — like overlong soft palates, everted laryngeal saccules and stenotic nares (tight nostrils) — is required. Sophie Sue had soft palate surgery once, and Vincent has had it twice, along with laryngeal saccule surgery.

Heat and exercise intolerance: Respiratory compromise may occasion poor heat and exercise tolerance, which can lead to life-threatening heatstroke if owners are not mindful of this limitation. In fact, I’ve seen more than one Frenchie die in excessive temperatures — and one instance happened in only moderately warm weather, when the AC in the house went out during a springtime electrical storm.

Spinal diseases: Disk disease — also referred to as intervertebral disk (or disc) disease — seems to be increasingly prevalent among French Bulldogs. And this disease is undeniably the most acutely expensive condition among these dogs should surgical intervention be required — about $3,000 to $6,000 per episode. Sophie Sue had one, and Vincent has had three — two for disks and another spinal surgery for a congenital subarachnoid cyst.

Behavior problems: Although you’d think that they'd be somewhat immune to behavioral issues given their notoriously winning personalities, certain behavioral troubles can be common among Frenchies, who have a hardheaded streak. This trait can make some of them notoriously difficult to housebreak — forever. But I’ve put up with it because they're worth it.

No breed is perfect. This I know. And I hope you don’t think that I’m in any way damning or dissing my breed of choice. It’s nonetheless true that French Bulldogs are especially needy and potentially very expensive.

Why do I belabor this point? Because French Bulldogs are becoming increasingly popular. Ten years ago, I counted only one or two among my patients. I now service more than 20. How’s that for a jump?