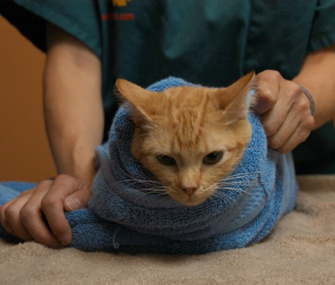 Dr. Sophia Yin
The "scarf wrap" technique is a great way to towel a cat.

When you need to trim your feline’s nails or give her medication, there’s a common household item that can make the procedure go much more smoothly — a large bath towel.

"Wrapping your cat in a towel is a great way to protect yourself from claws," saidDr. Sophia Yin, a veterinarian and applied animal behaviorist. "Towel wrapping also prevents escapes, and helps calm down a cat.”

Toweling can also benefit cats who tend to be anxious, fearful or aggressive when handled, added Dr. Yin, author of Low Stress: Handling, Restraint and Behavior Modifications of Dogs and Cats.

"Cats can be more difficult than dogs to restrain for several reasons,” said Dr. Yin. “In general, cats receive less socialization and handling than dogs, and their evolutionary history as a prey species can also cause them to feel more vulnerable when restrained. And cats can easily reach around to grab, bite or scratch you."

Before you try the technique, here are few tricks that you can do to make toweling easier:

Never rush or force your cat into a towel. She may scream or even urinate or defecate out of pure panic.

Position your cat on top of a towel that's on a flat surface. Then open a can of food and place it on the towel, so that your cat has to lie or sit on the towel to eat her meal.

Loosely wrap the towel over your cat’s back while she eats. Gently pet her back and let her walk away when she's done eating.

“If your cat is more motivated by toys, dangle a feather wand for her to swat while on the towel,” noted Dr. Yin. “The goal is to have your cat develop a positive association with the towel. It's also important for the owner to be calm and not feel rushed or frustrated, because the cat can read those emotions.”

There are several toweling-the-cat techniques, but one of the most effective and versatile options is known as the “scarf wrap.” It gives you access to your cat’s rear end, front legs and head — all while keeping her snug and calm.

Scarf Wrap Your Cat in 5 Steps 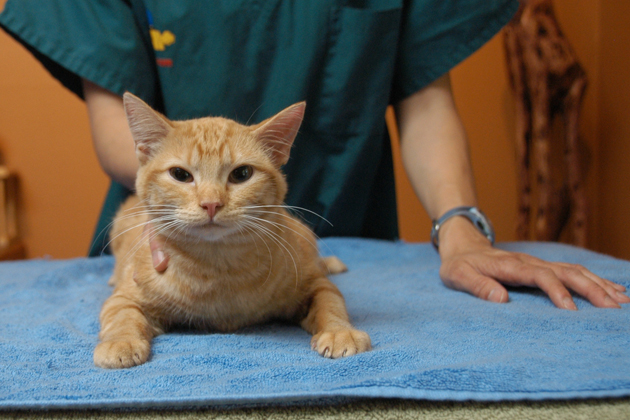 Step 1 Start by placing your cat several inches from the front edge of the towel, about a foot in from one side. 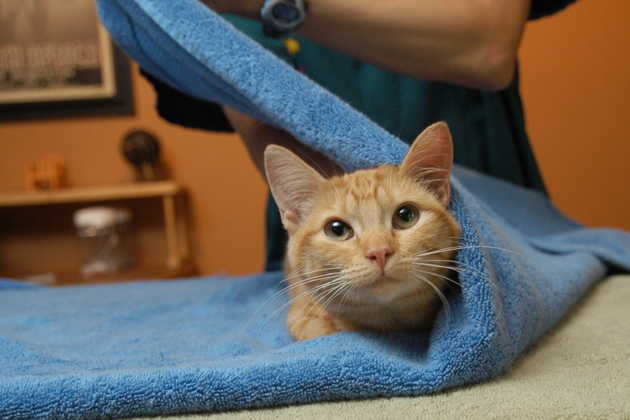 Step 2 Wrap the short side of the towel snugly around your cat's neck, like a scarf. 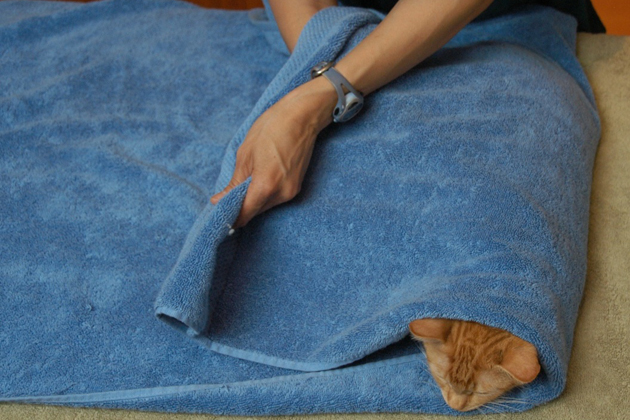 Step 3 Pull the short side of the towel over your cat, so that her entire body is covered, except for the face. 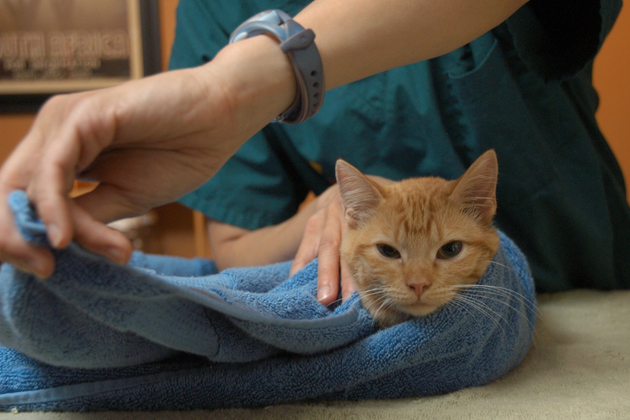 Step 4 Pull the front edge of the towel forward, which will wrap under your cat's neck. 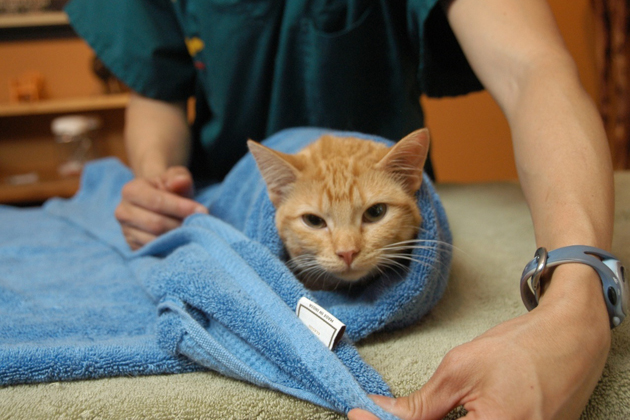 Step 5 Once the towel is wrapped all the way around, grab the other side and pull it over your cat, making sure that it's snugly in place. 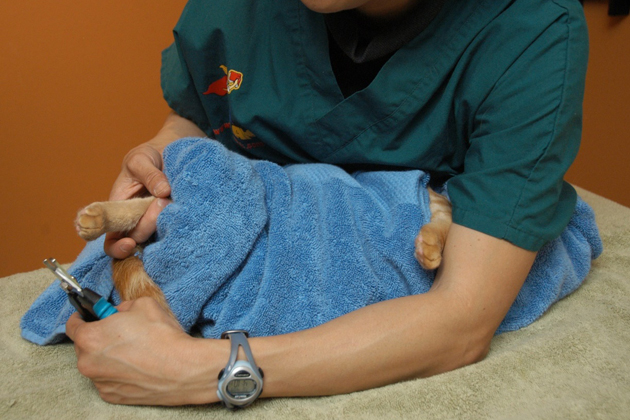 Now that your cat is secured in the towel, you can give her medication or clip her nails by working on one leg at a time. When trimming nails, use your arm to gently hold the cat next to your body, and keep your hands away from her mouth to prevent bites.