Want to Adopt a Purebred Dog? Start With a Breed Rescue 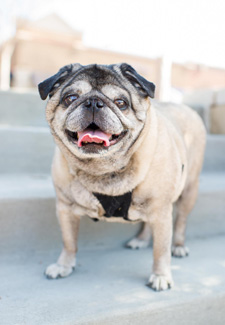 Photo by Amy Breckenridge Smith
A breed-specific rescue can help you adopt the dog of your dreams.

An estimated 25 percent of dogs in shelters are purebreds, which means that you don't have to agonize overwanting a purebred dog and wanting to adopt. If you're looking for a particular breed, though, you may have a tougher time finding the dog of your dreams in a shelter. But don't rule out adopting. There's something else you can try: a breed-specific rescue.

Breed rescues can vary as much as the breeds themselves. Some are associated with AKC breed clubs, whilesome are independent groups; some take mixes of their chosen breed and some don't. But there are a few things you can expect if you take this route to getting the purebred dog you want.

An Honest Look at Idealized Breeds

One advantage of a breed rescue is that you'll be getting a dog from owners experienced with the breed who can educate you about the pluses and minuses of the breed and help you figure out if the "dog of your dreams" is a good fit for you.

"We clear up a lot of misconceptions," says Chrissy Muse, applications chair for Mid-Atlantic Pug Rescue (MAPR). "A lot of people think Pugs don't shed — they shed all year, constantly. They're masterful shedders. Some people want a more independent breed, so this isn't the right dog for them. We can make sure this breed is best for their family and lifestyle."

Volunteers for these rescues are passionate about what they do; in Muse's case, fostering Pugs was at the forefront of her mind even when shopping for a home. "We bought this house specifically because it accommodated fostering dogs really well," she says.

But despite — or perhaps because — of their devotion, a good breed rescue will be up front about the breed's disadvantages, because that's important to determining whether a dog is right for you. Nanci Hanover, who is the California, Arizona and Nevada rescue coordinator for the Flat-Coated Retriever Society of America, offers an example of this type of honesty: "Our dogs eat poop. They're Peter Pans their entire lives. They're counter cruisers. A Flat-Coat is not for everybody," she says.

"Every breed has its own quirks," Hanover adds. "We know what these quirks are, and we want this to be the right match."

How Purebreds Wind Up Available for Adoption

We tend to think of shelter dogs as lovable mutts, but that's not always the case: Even purebreds can find themselves searching for forever homes. So how does a dog end up in the care of a rescue group? The answer may differ depending on the breed. Pugs are relatively common — MAPR has 50 to 100 dogs in foster homes at any one time and adopts out almost 400 per year.

In fact, many of their dogs come from shelters."A lot of the shelters give us dogs who have medical issues — some don't have the resources for the sheer number of dogs they take in," Muse says. But they are also given healthy dogs, to help with shelters' space limitations. "It clears a spot for [the shelter] so that they can take another dog," she says.

But that's not the case for every breed. "Flat-Coated Retrievers are such a rare breed it's like finding a needle in a haystack," Hanover says. Bred by a small number of breeders within a very tight-knit community, puppies will likely have been purchased by someone who signed a contract with a return clause. "If, 10 years down the road, they can't keep the dog, [the breeder will] take it back,"Hanoversays.

This makes it very rare for a Flat-Coat rescue to get a dog from a shelter. Instead, breeders might contact their local rescue when they have a show dog that didn't turn out quite as expected. "Sometimes we get dogs that breeders keep, thinking they're going to be show dogs or add to their gene pool, and for whatever reason the dog doesn't turn out," Hanover says."Maybe his bite is off; maybe he's too small. So I get calls: 'I have an older dog, do you have somebody on your list who might consider an older dog?' "

This means that Flat-Coats adopted through a breed rescuewill almost always have registration papers. MAPR, on the other hand, gets owner-surrenders and Pugs from breeders who are downsizing or looking for homes for older dogs; those dogs may come with papers, but most don't.