It's a big weekend for horse fans: The 138th running of the Kentucky Derby takes place on Saturday. For anyone who's not familiar with the race, a thoroughbred’s win in the Derby is almost always followed up by a run in the Preakness Stakes. If all goes well, it’s then on to the Belmont Stakes in search of the elusive Triple Crown of horse racing. (The last horse to win all three races was Affirmed in 1978, making for quite a drought.)

Once a horse's 3-year-old racing season is complete, most champions enter retirement and head into the breeding shed for new careers as stallions — with some exceptions, of course. Here’s a look at how the champs of the past five years are now spending their days. 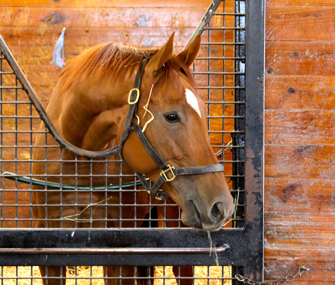 After winning the Derby as a 21-1 longshot in 2011, Animal Kingdom remains a charismatic favorite in the hearts of fans as well as his owners, Team Valor. He notched a close second-place finish in the Preakness, but was then diagnosed with a string of injuries following the Belmont Stakes including one in March that has temporarily sidelined him.

The 4-year-old chestnut colt recently spent 30 days resting in Palm Meadows, Fla., which he's following up with another two months of R&R at Fair Hill Training Center in Elkton, Md. While all of this rest probably isn’t as exciting to Animal Kingdom as training and racing, he’s taking it well. "He understands, to some extent, that he's supposed to be resting," says Megan Jones, director of client relations for Team Valor.

It helps that Animal Kingdom has plenty of company during his recovery. According to Jones, his team of owners are frequent visitors, and depending on his mood, he’ll either be loving or playful — the latter typically ending in a game of grabbing. (Animal Kingdom believes that all belts and jackets belong to him, not the humans wearing them.) One of his favorite visitors is Dave Rock, an assistant trainer whom Jones says the horse would likely recognize 10 years from now.

Depending on how Animal Kingdom heals over the summer, Team Valor has to decide whether to retire him or put him back into training for the prestigious 2013 Dubai World Cup. In the meantime, he's ready to handle whatever comes next. As Jones puts it, “He knows when he can play and when it's game time.” 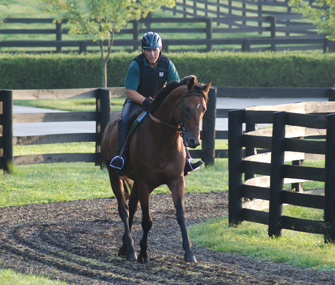 When he entered the 20th starting gate for the Kentucky Derby as the 2-1 favorite, Big Brown became the first horse ever to win from that far outside position. He then went on to win the Preakness Stakes, setting himself up as the first potential Triple Crown winner in 30 years.

In the days leading up to the Belmont, questions swirled about an injury to Big Brown's left front hoof, but he still went out as the favorite on race day. The Triple Crown trifecta wasn't meant to be: In a controversial move, jockey Kent Desormeaux slowed the horse in the homestretch on a gut feeling that something was wrong. Big Brown finished dead last — the only Triple Crown hopeful to carry that distinction. Two weeks later, a photo showed a dislodged shoe on his hind leg, which could have caused the oddness Desormeaux detected in his gait.

Big Brown continued his illustrious career, winning a tough-fought Haskell Invitational, followed by a win in the Monmouth Stakes in 2008. After suffering an injury while prepping for the Breeders' Cup, he was retired to stud at Three Chimneys in Kentucky. Life in stud certainly suits Big Brown: When he’s in the shed with the mares, “he’s definitely enthusiastic about his job,” says Jen Roytz, the farm's marketing director.

His easygoing nature allows Big Brown to also travel. He spends his summers in Australia for the Southern Hemisphere breeding season, where Roytz says that he’s extremely popular.

Of course, that’s not to say he isn’t beloved in Kentucky — fans from all over the country visit Three Chimneys to see Big Brown, who’s featured on daily tours of the farm. He’ll stand patiently for photos and videos, proving that the champ has settled into his new life as a living legend.