Home ›
Our Pet Experts ›
Mikkel Becker ›
What Can I Expect in My Dog’s Adolescence?

What Can I Expect in My Dog’s Adolescence? 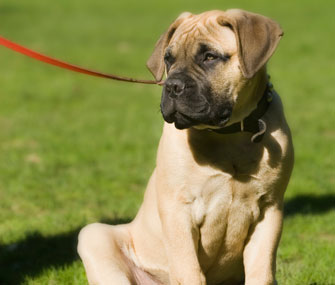 Q. I’ve heard that once my Mastiff gets past the puppy stage he will start to gain independence and it will be more difficult to get him to stay at my side and come back when called. Is this true?

A. I hear the same woes in my dog training classes. “She used to be so good! She would come when called, she would follow me everywhere, and she did everything I asked. Now she’s turned into a monster and doesn’t listen to a word I say.” Puppies are obedient and loyal, but when they reach adolescence — between 4 and 10 months of age — they often suddenly seem to become disobedient and unruly.

The majority of shelter dogs are surrendered during their adolescent period, likely because pet parents are unaware that the sudden “devil dog” behavior is part of a developmental period that many dogs go through as they mature. But with the right socialization, training and mental stimulation, your pooch’s new found energy can be channeled in the right direction to soothe household tension and increase your bond with your pet.

Welcome to the Doggie Tweens

Depending on breed, the first year of a dog’s life is roughly equivalent to 18 human years, so your dog goes through the terrible twos, the tweens and the teen years in a very short period. The issues you're describing here happen during the dog’s adolescent period. Adolescence hits at different times depending on the dog, but as a general rule, larger breeds usually mature more slowly and will go through adolescence later than smaller dogs.

The changes in personality that accompany this stage can take place seemingly overnight. Suddenly your puppy — who stuck by your side like he was glued to you — will take more of an interest in the outside world. When you call him, he may barely take time to glance back before continuing his search for squirrels.

Increased independence and a reluctance to come when called are only some of the challenges you will face with your adolescent dog. Your dog will most likely also have an abundance of energy that will manifest itself in undesirable behaviors like chewing on inappropriate items, pulling on the leash, digging or hyper-excitable greetings. Your dog may also have more rifts with other dogs in this phase and may become more selective in his playmates. Adolescent pups show increased gender-based behavior, such as leg lifting and roaming. If your dog has shown some warning signs of possible behavior problems during puppyhood, those problems can become even more pronouncedduring adolescence.