Home ›
Our Pet Experts ›
Dr. Nancy Kay ›
What You Should Know About Tea Tree Oil Toxicity in Dogs and Cats 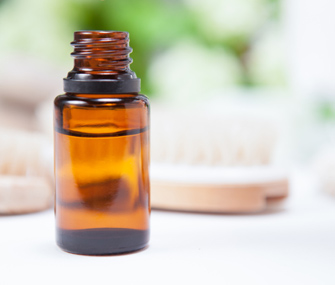 Have you used or contemplated using tea tree oil to treat a problem in one of your pets? If so, you may be interested to know that recent reports have linked the substance to toxicity in dogs and cats. Used without ample caution, tea tree oil can cause your pet much more harm than good.

Tea tree oil, also known as melaleuca oil, is produced from freshly harvested leaves of Melaleuca alternifolia, or the tea tree, which grows in Portugal, Spain and Australia, as well as Florida and other parts of the southern United States. Tea tree oil is a popular over-the-counter treatment thought to kill bacteria and fungi. It is used for a variety of skin maladies in people, including fungal infections, acne, boils, burns, corns and insect bites. The oil also is sometimes added to bath water or vaporizers to treat respiratory disorders. It is sold in lotions, soaps, toothpastes and skin creams and is sometimes used in products marketed as cleansers or insect repellents.

In recent years, herbal and other alternative therapies have become more popular in veterinary medicine. Perhaps it's not surprising, then, that some of the medicinal uses of tea tree oil have been extrapolated to animals. Tea tree oil products have been used by vets and owners to treat skin diseases in dogs and cats, predominantly hot spots and skin allergies. But caution is called for when using the product in pets.

Most people tolerate the application of undiluted, 100 percent tea tree oil without any problems. The same is not true for animals. A report in the January 2014 issue of Journal of the American Veterinary Medical Association documents multiple cases of tea tree oil toxicity in dogs and cats. The American Society for the Prevention of Cruelty to Animals' Animal Poison Control Center database was the source of the information, which spans a 10-year period from 2002 to 2012.

The poison control center data include 337 dogs and 106 cats exposed to 100 percent tea tree oil, administered to the skin, orally or via both methods. Of the 443 animals exposed, 343 (77 percent) developed an adverse reaction consistent with toxicity. Their symptoms developed within two to 12 hours following exposure and lasted up to three days. The abnormalities most commonly reported were depression, lethargy, weakness, incoordination, muscle tremors and increased salivation or drooling. Less common symptoms included vomiting, skin rashes, collapse and coma. Several animals were documented to have elevated liver enzymes. Young cats and smaller adult cats were at greater risk for the development of more severe symptoms. Unfortunately, information documenting outcomes — how the pets fared after exposure — was, for the most part, unavailable.