Home ›
Our Pet Experts ›
Laura Cross ›
What’s in a Champion’s Name? The Stories Behind the Monikers of 8 Westminster Dogs

What’s in a Champion’s Name? The Stories Behind the Monikers of 8 Westminster Dogs

To the uninitiated, AKC-registered dog names like GCH Palacegarden Malarchy and GCH Foxcliffe Hickory Wind (Westminster Best in Show winners from 2012 and 2011, respectively) might sound nonsensical at best, or like complete gibberish. But that’s far from the truth; many AKC-registered dog names are carefully chosen and usually have a story and meaning behind them.

“When an owner chooses their dog’s registered name, it’s a truer reflection of the dog’s personality and the interests and likes of the owner,” says Lisa Peterson, director of communications for the AKC.

After looking at the Westminster catalog of canine participants from 2005 to 2012, Peterson noticed a few naming trends: Many registered names were influenced by pop culture, the names of the offspring’s parents or the breed’s country of origin.

In fact, Peterson gave every puppy in her last litter a James Bond-themed name. She had a Miss Money Penny and a Commander Bond. She also paid homage to the parents of the litter by naming Commander Bond after his father, Commander in Chief.

We were so intrigued by the pop culture trends and patterns seen in so many registered AKC names that we pored over the list of 2013 Westminster invitees and picked out eight unique, funny, creative, clever or just plain wacky monikers. After we made our decisions, we caught up with the owners, breeders and handlers of these Westminster contenders to find out how they chose such fascinating names.

The Stories Behind 8 Westminster Contenders' Names 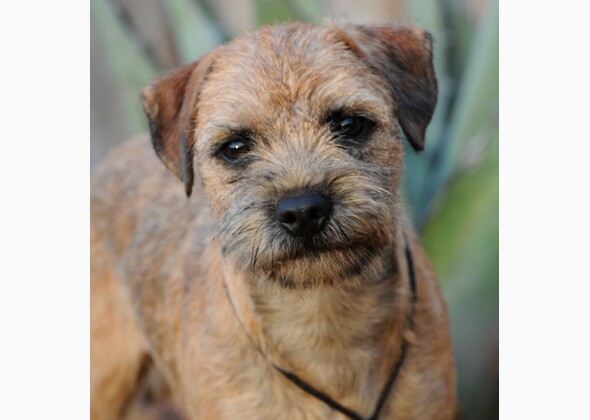 Fans of the 1984 movie Gremlins will recall that the creatures start off nice and sweet, but when fed after midnight, they turn into horrible monsters. So when Peter Holson’s sweet 10-week-old Border Terrier suddenly turned into a little monster and started growling, he thought, “Oh, my gosh, he’s Gizmo.”

Holson’s partner also wanted to contribute to Gizmo’s registered name, so he put his obsession with royalty and the royal family into the moniker, to make his complete name HRH Prince Gizmo House of Gremlin.

Holson says he hears a lot of jokes about Gizmo’s silly name. “We had no expectations that he’d come up as the show dog he’s become, or I’d probably reconsider his name.” 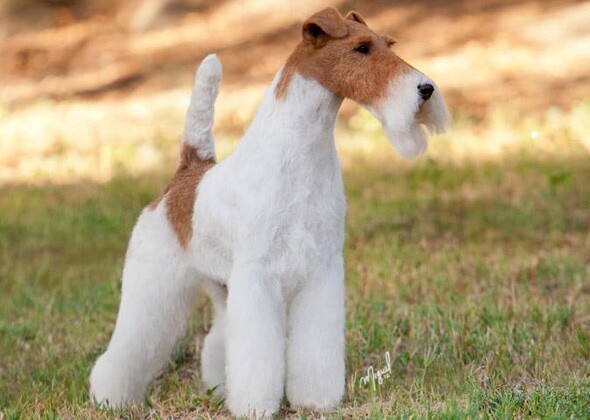 You’ve probably heard of Sky the Wire Fox Terrier; she won the 2012 National Dog Show Presented by Purina and the 2012 AKC/Eukanuba Championship and is handled by the Westminster-winning handler Gabriel Rangel. But when co-owner Diane Ryan picked her up from breeder Al Pertuit, she got her sight unseen and had no idea she would become a champion.

“She was a cute puppy, but there was nothing so apparent that she’d ever go this far," Ryan says.

So how did AfterAll Painting the Sky earn her registered AKC name? Ryan says Sky was raised by a friend of the breeder, an art teacher named Peggy Bennett.

“Since Sky spent her first months there, Peggy and I talked a lot about the puppy and her time growing up there. As Peggy shared those stories with me, I thought it might be nice to name the puppy something connected to art in her honor,” Ryan says.

Ryan suggested Painting the Sky to the art teacher, and the rest is history. 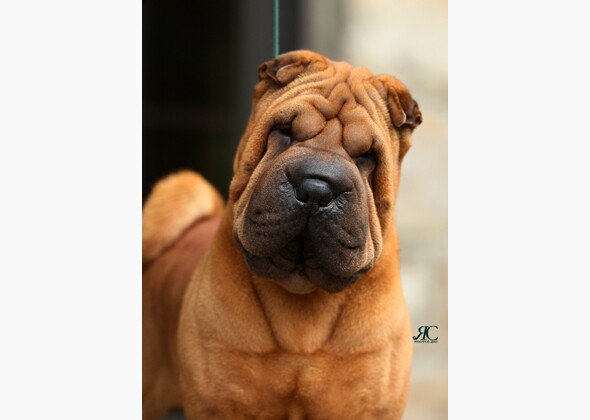 Loretta Anders always tries to use a theme to name her litters, so for this Shar-Pei’s litter, she chose songs with cities in the title. The show dog’s siblings include First We Take Manhattan for the Leonard Cohen song and By the Time I Get to Phoenix for the Glen Campbell country hit. And, of course, Do You Know the Way to San Jose was named for the 1968 chart topper by Dionne Warwick.

While the Shar-Pei’s call name was originally Jose, her handler insisted on changing it to Josey because she’s a girl. 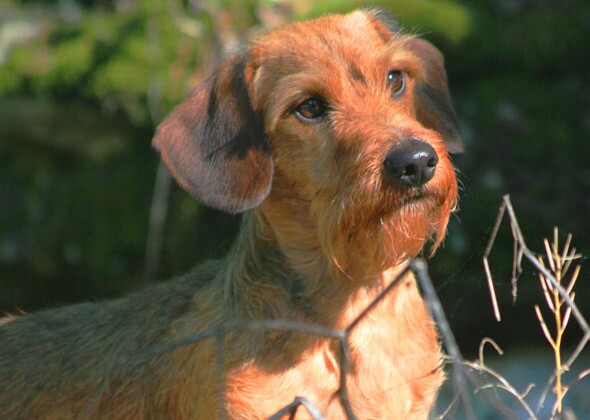 Seeing how it's one of the most popular books in English literature, we weren’t surprised to find a Westminster dog named after Jane Austen’s classic novel.

Pride and Prejudice is one of John Fabelo’s wife’s favorite movies, and when the couple picked their Wirehaired Dachshund out of the litter, they noticed he was charming and very tenacious — much like a certain character in the movie, Mr. Darcy.

And don’t even think about calling this spunky pup Darcy — Fabelo says the outgoing pup is referred to only as Mr. Darcy. (Except when he's being called by his registered name, of course.) 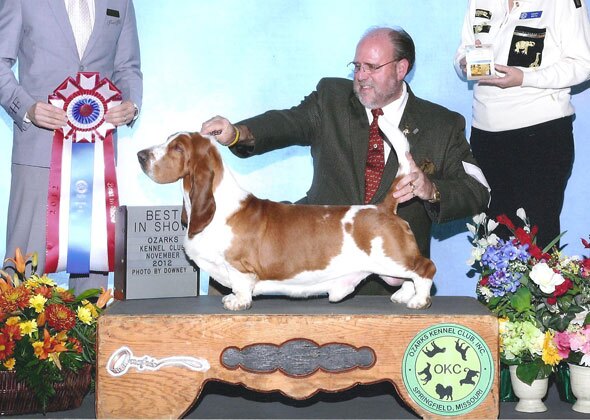 This Basset Hound’s registered name, Eenie Meenie Miney Moe, was inspired by a popular children’s nursery rhyme. His handler, Bryan Martin, tells us that his owner, Dr. Claudia Orlandi, is big on giving her litters themed names. The Basset Hound’s mother is called Teeter Totter and was part of a litter of pups named after playground toys. Orlandi’s kennel continued with the children’s theme for the next litter and named all the puppies in the litter after nursery rhymes, hence Eenie Meenie Miney Moe.

So how did Eenie Meenie Miney Moe earn his call name, Tiger? You can figure it out by saying the rhyme out loud. 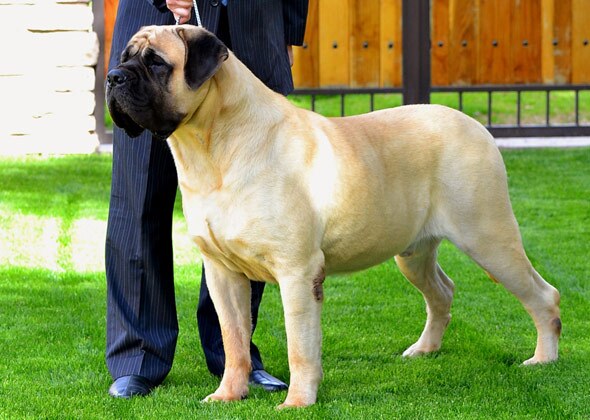 Mary DeLisa and her husband, Chris, have named many of their dogs after New York Yankees, including Posada for Jorge Posada and Jeter for — who else? — Derek Jeter. This particular Mastiff is named Giambi, after first baseman Jason Giambi. For his AKC registered name, the DeLisas wanted to continue with the baseball theme but also factor in his personality. 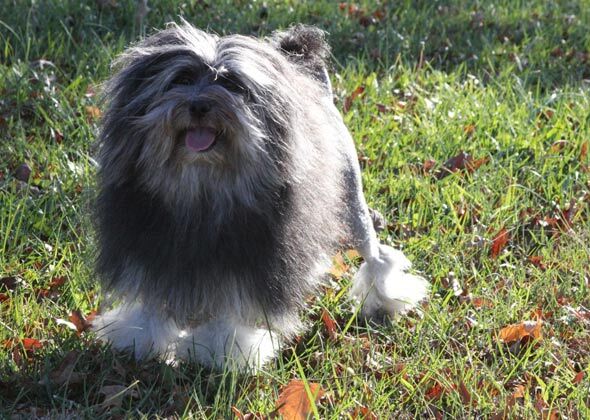 Lexi Neel chose her Lowchen’s cookie-themed name to honor the dog’s mother, who also had Oreo in her name.

“Roary was pick of the litter and the most like her mother, so Oreo’s Properly Dunked,” Neel says. 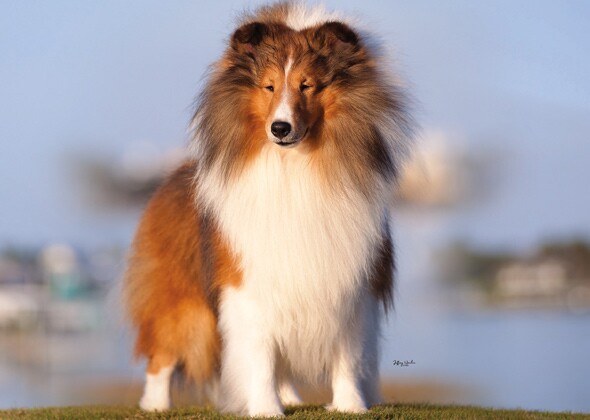 Pamela Buckles isn't certain how her Shetland Sheepdog, Brother, got his collegiate Greek-life-inspired registered name, but she speculates that the name has something to do with his parents. His father is Grandgables Boy Oh Boy, and his mother is Grandgables Homecomin’ Queen. So The Frat Boy likely carried on his mother’s school-themed name with the addition of the word "boy" from his father. Members of a fraternity are called brothers, of course, so that's likely how the Sheltie got his call name.

Brother’s breeders, Guy Jeavons and Mark McMillan of Grandgables Kennel in Canada, chose his name but could not be reached for comment to tell us the real story behind his moniker. We hope Buckles’ educated guess is on the right track.