Why an Ocicat Might Be the Right Cat Breed for You 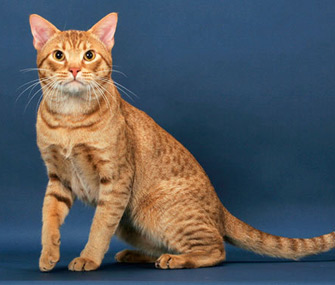 Tetsu Yamazaki, Animal Photography
Thanks to his spotted coat, the Ocicat resembles a wildcat.

It can be hard to resist the Ocicat, with his short, spotted coat and playful personality. See if this attention-loving cat breed might bea good match for you and your family.

If you fantasize about living with a wildcat, look no further than the Ocicat. His spots give him a look that resembles an ocelot, but there’s no wildcat DNA in his gene pool — he’s a domestic breed. He was developed by crossing Abyssinians, Siamese and American Shorthairs.

Generally confident and outgoing, the Ocicat typically loves his family, as well as new people. It wouldn’t be unheard of for him to walk up to a houseguest to snuggle or play. He also tends to get along with children, dogs and other cats.

The Ocicat is generally very active. He can enjoy playing games like fetch, and it’s not unusual for him to learn to walk on a leash.


4. He’s usually not afraid of heights.

The Ocicat seems capable of reaching some of the highest points in your home, and if he’s not busy playing with his toys, that’s often where you’ll find him.

Known for his brains, the Ocicat usually enjoys puzzle toys and learning new tricks. Challenge his mind by teaching him to come when called, sit on command and give you a high five.

Want to learn more about this fascinating breed? Check out our Ocicat cat breed profile to get more information about his personality, grooming needs, history and more.