Home ›
Our Pet Experts ›
Why Are German Shepherds So Popular?

Why Are German Shepherds So Popular? 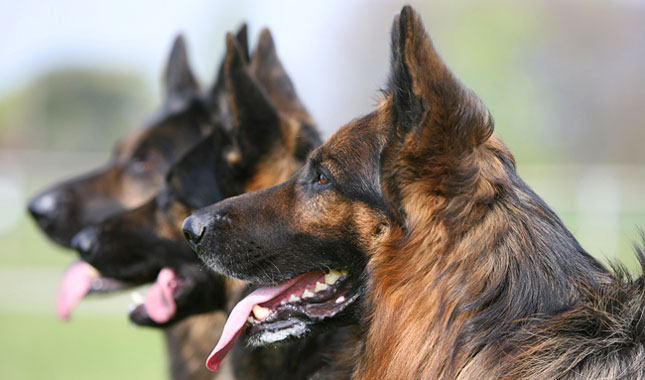 German Shepherd Dogs consistently make the AKC's annual list of most popular breeds. And it's no wonder. Their loyalty, courage, confidence, ability to learn, and willingness to protect their people is like no other breed. See some of the highlights in the history of our love affair with GSDs:

1899. Max von Stephanitz, a Prussian cavalry officer considered the father of the modern German Shepherd, finds his dream dog: Horand von Grafrath. “The entire dog was one live wire,” Stephanitz wrote, “with a boundless and irrepressible zest for living.” Stephanitz’s ideas have guided GSD breeders ever since.

1914. During World War I, troops from several nations observe the boundless work drive and versatility of GSDs working as military K-9s. In the coming decades, the GSD becomes the dog of choice for armies and police forces around the world.

There's much more! To read the rest, visit the full article from our friends at WOOFipedia.