Home ›
Our Pet Experts ›
Linda Fiorella ›
Why Does My Cat... Like to Bring Me Mice?

Why Does My Cat... Like to Bring Me Mice? 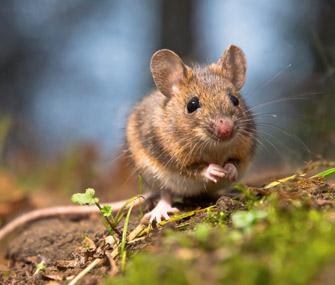 Exactly when felines first became domesticated remains undetermined, but the why seems pretty clear: Pest control was a priority for early civilizations that needed to protect surplus crops from rodents — and cats proved to be natural-born mice killers.

It’s not surprising that modern house cats have retained the skills to hunt small critters, but why do today’s kitties often lay the prey at the feet of their human housemates?

Why Does My Cat Do This?

Dr. E'Lise Christensen Bell, DVM, DACVB, of Veterinary Behavior Consultations of NYC, says that all cats can exhibit this behavior, but some are more likely to gift their owners with dead mice than others.

“Mother cats are the most likely to engage in this behavior as a natural part of parenting,” she says. “They bring dead prey back to the home area to start educating kittens about prey.”

If your cat isn’t raising kittens, Dr. Christensen Bell points to other potential reasons. For example, your kitty may be too full to eat, and she wants to save it for later — or snacking on prey just isn’t her cup of tea.

According to Dr. Christensen Bell, cats can be choosier about what they will eat than what they'll catch. “Some [findings] suggest that cats don’t like jumping mice," she explains. "These mice have been brought home, but were not found in the gastrointestinal tracts of the cats.”

In some cases, owners unwittingly encourage the behavior — a cat who gets extra attention when she delivers a furry corpse will likely do it again.

Another theory offered by Dr. Christensen Bell: Perhaps your feline is feeling generous, and she wants to share the grub with other cats in the household.