Home ›
Our Pet Experts ›
Linda Fiorella ›
Why Does My Dog... Like to Lick My Other Dog's Ear Cavity?

Why Does My Dog... Like to Lick My Other Dog's Ear Cavity? 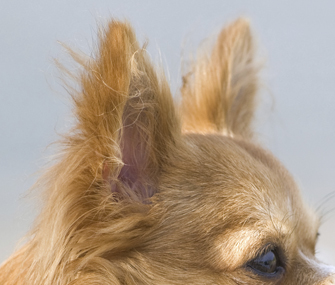 Most dogs aren’t known for their discriminating taste buds. They’ll lickpractically anything— including the ear cavities of other pups.

Why It's an Unhealthy Habit

According to Dr. Amy Pike, DVM, of Veterinary Behavior Consultations in St. Louis, Mo., both dogs could potentially be at risk.

“If the dog being licked has an ear infection, and is being treated with topical medication, it could cause the dog doing the licking to get an upset stomach, due to ingestion of the medication,” says Dr. Pike, although she adds that such treatments usually aren’t poisonous.

If the dog being licked doesn't have an ear infection, he may wind up with one.

According to Dr. Pike, the saliva from the other dog's mouth could lead to a continually moist ear, which is “a nice environment for yeast and bacteria to flourish.” This can cause otitis externa, an external ear infection.

How to Halt the Behavior

If a dog engages in this behavior frequently, he may have a compulsive disorder that requires veterinary attention. (The dog being licked should also be examined by a veterinarian for signs of an ear infection.)

“He may need more environmental enrichment, something like a long-lasting chew to keep him occupied,” suggests Dr. Pike. “If the licking is truly a compulsive disorder, behavior modification and psycho-pharmacologic intervention may be necessary.”

There's also another option: the dreaded Elizabethan cone. According to Dr. Pike, sometimes a physical barrier is enough to help interrupt the obsessive behavior.