Home ›
Our Pet Experts ›
Linda Fiorella ›
Why Does My Dog... Make a Beeline for Cat Food?

Why Does My Dog... Make a Beeline for Cat Food? 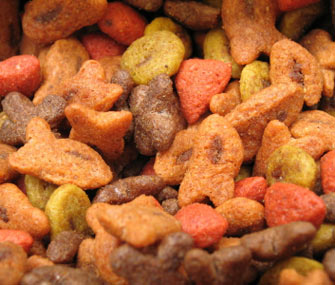 There’s a well-known scene in the movie Jaws where Richard Dreyfuss’ character cuts open the belly of a shark and pulls out some unexpected items, including a Louisiana license plate. As some pet owners and all vets know, an X-ray of a pooch's stomach is also likely to produce some surprising findings.

While some dogs may try to eat pretty much everything, one thing that seems to hold a strong attraction for many dogs across a variety of breeds is cat food.

Dog and cat foods may seem pretty similar on the surface, but there are some important differences. Cats are obligate carnivores, meaning they need to eat meat as their main food source, whereas dogs are omnivores and need a diet with more fiber than a strictly carnivorous diet can provide. Still, there is meat in dog food, too, so why do dogs crave their feline friends’ food so fiercely?

“Since dogs can’t tell us why they love cat food,” says Sharon Crowell-Davis, DVM, DACVB, professor in the College of Veterinary Medicine at the University of Georgia, “and it is pretty consistent amongst most dogs (they just really do love cat food!), I’m going to guess it’s the higher protein content and the effect it has on the flavor.”

Dr. Crowell-Davis even uses cat treats as incentives for some of her canine behavioral patients because the deliciousness galvanizes the pups, just as long as "the dog loves them and the dog’s stomach can handle them, and it helps motivate the dog in learning how to behave the way the owner wants it to," she says.

But just because something tastes good doesn’t mean we should eat it all the time. Dr. Crowell-Davis compares cat food and dogs to cake and humans. “It’s not necessarily the best thing for our diet, and certainly if we ate nothing but cake, we’d become really sick. But as an occasional treat, it's not going to hurt us.”

But she points out that with some dogs, even as a rare delicacy, cat food can cause problems because dogs aren’t designed to have such a protein-dense diet. “Some dogs will get an upset stomach — vomiting, diarrhea — from eating cat food, while some other dogs with a tougher stomach can handle cat food,” she says. “If your dog breaks into the bag of cat food, is it going to kill the dog? Absolutely not. But if your dog does vomit or have diarrhea, make sure the dog can’t get [into] the cat food again, because it’s obviously one of those dogs whose GI system reacts badly to cat food.”

Even if your pup is one of those with an iron gut, long term it is not good for a dog to eat primarily cat food, Dr. Crowell-Davis says. It's not properly balanced for them in terms of the fiber and protein and certain nutrients. Plus, it can be hard on their liver and their kidneys to have so much protein. Even more important, though, is the vice versa — make sure that your kitty is not fed a diet of dog food. “There are two essential ingredients in cat food that are not in dog food," she says. "Taurine is an amino acid that dogs can manufacture in their own bodies but cats cannot, and also arachidonic acid, which is a fatty acid that cats need.”

For the safety and health of your pet, limit the majority of your pet’s diet to food that has been produced specifically for his or her species.

Read more Vetstreet "Why Does My Dog... " articles.