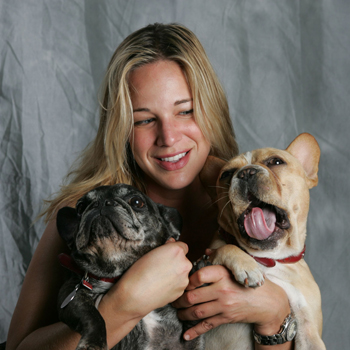 Got a snub-nosed breed? You know the ones. They’re the dogs who look like they’ve been chasing parked cars. Smushy-faced and adorable, these dogs are more popular than ever. And since traveling with pets is also more popular than ever, it stands to reason that more flat-faced pets might be flying the friendly skies.


But the skies are not necessarily so friendly as all that. Not to these dogs. Unfortunately, they’ve been dying in record numbers.

Last year’s stats are damning: According to the USDA, more than 50 percent of all dogs who died aboard U.S. airliners hailed from brachycephalic breeds (98 out of all 189 deaths). In case you’ve never heard the term, “brachycephalic” is the scientific word for “short-headed.” It describes all those bulldoggy breeds we know and love: English Bulldogs, Pugs, Shih Tzus, French Bulldogs and Pekinese, among others.

By design, these dogs are shockingly less capable of normal respiration than others. Which is why they succumb to the heat-related stresses inherent to harried, modern cargo-hold travel. A dog's principal means of cooling its blood is related to how well it can breathe, so poor breathers are more likely to suffer heat-related maladies.


Brachycephalic dogs experience compromised respiration by virtue of airways clogged with redundant tissues, hampered by tiny windpipes and further restricted by chronic changes associated with the negative air pressure these structural changes portend (over time their airways can actually warp). Add to the mix the fact that these breeds are predisposed to obesity (most owners think they’re meant to be chunky), and you’ve just written a recipe for respiratory distress.

Which is why flying these dogs in cargo is always a bad idea. For starters, you never know what temperatures the dog will be subjected to. And when owners feel compelled to “spare” their dogs the stress of air travel by offering sedatives (vet approved or otherwise), any kind of respiratory compromise is magnified. (Note: I'm not talking about flying in a pressurized cabin. My Frenchie has flown with me in the cabin on more than one occasion.)


It is true that many airlines have long had restrictions on pet travel during the hottest days of summer and the coldest days of winter. And some have had specific restrictions around certain breeds with breathing issues. But in light of these death numbers, it only makes sense that even more airlines might start restricting who can fly cargo and who cannot, starting with brachycephalic breeds.

Bulldogs, it’s been recently decreed, need not apply for a cargo ticket on certain airlines. They will not be welcome. To which I have this to say: finally! In the past, I’ve come down hard against the airlines for failing to make air travel as safe for pets as it is for people. But when I became aware that the vast majority of airline deaths were cargo deaths for short-nosed breeds, I started to soften my stance. The airlines, I started thinking, might not be so responsible after all for all of these pet deaths.

On the other hand, I don’t believe I’ve ever written a health certificate permitting a brachycephalic patient to fly cargo. I refuse to offer sedatives for any cargo-hold patients whatsoever. And I’m not alone. No veterinarian I know of would allow a fat, old Pug to fly cargo. So I’ve got to wonder: How is it that these pets are being given the go-ahead –– premedicated or not –– to fly under conditions that are widely held to be hot, stressful and potentially deadly for any breed?

Whatever the case, I applaud these airlines for doing the right thing. Though some Bulldog breeders I’ve heard discuss this online are incensed over the “intrusive” nature of this regulation (read: expensive for those who rely on out-of-state pup sales), I’m rather more appalled that anyone would demand the right to subject any compromised animal to such a risk.