Why the Term 'Pet Owner' Just Doesn’t Work for Me 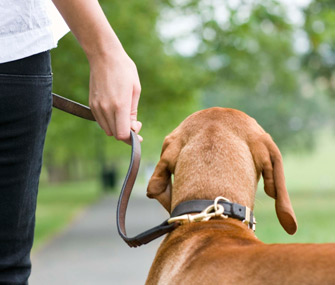 For as long as I can remember, I’ve been squeamish about using the word “owner” to describe a person’s relationship to their pet. Ownership of a living, breathing creature with whom we share a rich and meaningful relationship simply doesn’t jibe with my sense of how the English language should be used. Besides, you could argue that we don’t really own our pets, because in reality, our pets own us!

I feel strongly about this, so much so that I have avoided using “owner” in all of my writings about medical advocacy for pets (so far, that’s two books and numerous articles). This has caused considerable angst for many an editor, and trust me, coming up with creative solutions has not been easy!

So How Do We Describe What We Are?

The term “guardian” sounds rather stodgy, and I suspect it was created eons ago in order to describe legal responsibilities more than emotional attachments. “Pet parent,” “Mom” and “Dad” are terms commonly used by people who share my distaste for “ownership.” Honestly, I don’t care much for this terminology either. I am not the “parent” of my pets and would rather use that term to describe my relationship with my own children. I certainly don’t fault those who refer to their pets as their children. It just doesn’t happen to work for me.

The problem is, I’ve yet to come up with a replacement word or phrase for “owner” that, for me, truly captures the relationship of people to the pets they love so dearly. For now, the descriptive word I favor is “caregiver,” as it implies a commitment to caring for the physical and emotional well-being of an animal. The meaning of caregiving is easily understood and harbors no religious, legal or moral implications — at least none that I am aware of. “Caregiver” respectfully speaks to the human commitment that is part and parcel of the human-animal bond.

Do you agree or disagree with my sentiments? How do you refer to yourself in relationship to your pets?