Why Video Games Are Bad For Dogs 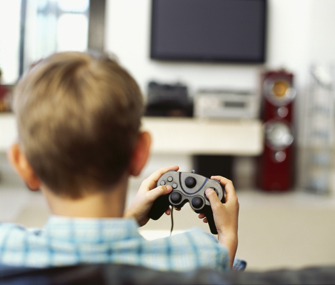 Video games are affecting children at epidemic levels in this country. According to a 2011 Entertainment Software Association video game report, 72 percent of American households have people who play computer or video games regularly — as in every day regularly. A Michigan State University study concluded that 90 percent of all kids play video games an average of 30 minutes a day. And that’s bad for dogs.

Hours spent in front of a video game or computer screen leaves less time to play outdoors with a pet. When I was a child, we didn’t have video games. (OK, we had Pong and Mattel Football, but I was allowed to play them only on weekends and holidays.) Instead, I spent my days completing chores and exploring the woods with my dogs — which sure beat the heck out of Super Mario Brothers.

An August 2011 Mintel Report found that households with children younger than 18 — just over a third of all U.S. homes — were more likely to own a dog or cat than kid-free households. The problem is that, even if the home has kids and pets, the two may not be interacting, thanks to email and Facebook.

We now live in a society where kids and pets have easy access to high-calorie, highly processed foods. There's also little to no physical activity at school or home, which is why obesity is a growing problem for both pets and children. In 2007, the Centers for Disease Control and National Survey of Children's Health found that only about 30 percent of children between the ages of 6 and 17 were physically active for a minimum of 20 minutes each day. Yet they somehow found 30 minutes daily to play video games.

This brings me to another scenario that potentially leads to fewer homes with dogs, cats and other cuddly critters — the emergence of virtual pets. Ever since the Tamagotchi craze in 1997, there has been a gradual slide toward artificial pets. Today, you can “adopt and care” for virtual pets on several websites and apps. I can’t imagine roaming the woods while talking to my wristwatch pal. Call me old-fashioned, but I like real, warm-blooded beings. But I digress.

So what’s a parent to do? How do you solve the my-kids-won’t-play-with-the-dog-or-listen-to-me dilemma? Here’s a thought: Be the parent.

Your kids probably aren’t creating their own video games. (If they are, stop reading this and encourage them to continue because there will be an estimated $74 billion spent on games this year, which is more than twice what we’ll splurge on all the pet goods in this country.) So if they’re not making their own games, who buys them? They save their allowance, you say? How about telling them they can’t spend it on a game? How about they don’t get an allowance unless they walk the dog each day for at least 30 minutes?

In other words, snatch that console out of your kids’ hands and replace it with a leash. I know I’m a better person and father because my parents set boundaries, held high expectations and praised or punished when needed. That may sound harsh to some, but I only hope that my kids are reading this. It’s for their own good — and I want to start a parental revolution.

Here’s my challenge to you fellow parents: Invoke at least one video-free and social media-free day a week and have your kids walk or play with a pet at least 30 minutes daily. And, no, sitting on the couch, while throwing a ball or waving a laser pointer, doesn’t count. Get them outside to run, roll in the grass and get dirty.

If we get serious about walking our dogs, we can change this country. We know physical activity and interaction with a pet is healthy. We also know that video games make you blind — and they're at least partly responsible for the stock market crash, the real estate collapse and the reason I may never be able to retire. OK, maybe I’m exaggerating. They don’t really make you blind.

So how about it? Will you take this challenge and commit to trying it for at least a month? You and your pets will feel so much better.