World Spay Day: 10 Reasons Your Pet Should Be Spayed or Neutered 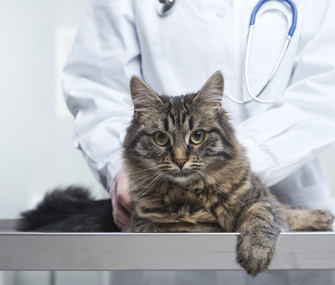 Deciding to have your pet spayed or neutered isn't always easy for everyone. You might feel bad about putting them through the procedure, you have to face the realization that you won't hear the pitter-patter of little puppy feet, and (depending on your finances) it can be expensive.

But you’re doing the right thing.

Today is World Spay Day, which comes on the fourth Tuesday of February and shines a spotlight on the importance of spaying and neutering companion animals, homeless dogs and feral cats. The event takes place in 68 countries and all 50 U.S. states and its territories.

Each year an estimated 6 to 8 million dogs and cats enter shelters across the country, according to the Humane Society. Sadly, about 3.4 million of them are put down. What might surprise you is this: The Humane Society states that most of them aren’t street animals, but rather the offspring of beloved family pets who were accidentally (or intentionally) allowed to breed.

The Humane Society conservatively estimates that since Spay Day started in 1995, more than 1.5 million animals have been “fixed” in conjunction with the campaign.

To help increase that number even more, we’ve rounded up 10 great reasons to spay or neuter your pet.

The first one is the most obvious: To limit the number of pets without homes. While euthanasia rates for cats and dogs have dropped from about 15 million per year in 1970 to around 3.4 million today, that’s still far too many. Although you love your pet and might want to see the adorable puppies or kittens they would have, by spaying or neutering you can avoid adding to the number of unwanted animals, and by doing so, give the animals who are already in shelters a better chance of finding a home.

2. Reduce the Risk of Certain Cancers

Spaying or neutering your pet could actually make them healthier. It eliminates the risks of testicular, uterine and ovarian cancers and reduces the risk of mammary (breast) cancer in females. Some of these cancers are aggressive and can be life-threatening to your four-legged friend and expensive to treat. Spaying female dogs and cats also prevents a serious type of uterine infection, called a pyometra, that can also be life-threatening.

Breeding may not be as easy as you think. There can be health or delivery risks for the mom, and some dogs aren't interested in mothering, leaving the cleaning and feeding of her pups to you. Breeding can also be more costly than many people expect. Did you know that an ultrasound examination can cost hundreds of dollars? And if mom has problems trying to deliver her puppies or kittens, a cesarean section can cost hundreds to thousands of dollars. Yikes!

4. Your Female Won’t Go Into Heat

Having a female cat or dog who's in heat (actively seeking a mate) in your home isn't always pleasant. Pets in heat may vocalize more, leave stains on carpets or furniture, and attract unwanted male canine or feline suitors to your property.

5. Males Are Less Likely to Mark Their Territory

Neutering males makes them less likely to mark their territory (which is often inside your home!) by spraying urine. It might also make taking your male dog for a walk a little easier, as he could have fewer urges to stop and leave his scent.

6. Running Away May Become Less Appealing

Intact pets are more likely to roam or run away "looking for love" in some dangerous places. Once they've had this procedure, your pet should be less likely to escape and roam in search of a mate. That cuts down on the chance of them being injured in a fight with another animal, by someone who's not pet-friendly, or being hit by a car.

Although neutering is not a fix-it-all for every type of aggression, some forms of aggression tend to respond favorably to neutering. It can also reduce certain other unwanted behaviors, like mounting behavior.

8. Your Pet Will Not Automatically Get Fat

Although research shows that some neutered pets do become obese, neutering will not automatically make your pet fat or lazy. If your pet receives adequate exercise, eats a balanced, healthy diet and is not overfed, even a neutered pet can maintain a trim waistline.

Contrary to what some pet owners believe, your male pet won't feel like "less of a man" if he is neutered, and your female pet won't feel like she is missing anything. And although you might long to see your dog's puppies and think that they'll be just like their mom or dad, the unfortunate fact is that it can be tough to find them homes, and your granddogs could end up in a shelter.

This surgery is a one-time investment in the health of your pet that could save you money in the long run. As we mentioned above, there's a good chance it could save you the cost of caring for a pet with testicular cancer or a uterine infection. And considering the chances of serious problems associated with pregnancy or delivery, it's probably much less expensive than caring for a pregnant pet, not to mention the cost of vaccinations, deworming medications and food for their litter. Plus, you can often find low-cost clinics through local shelters, rescues and even veterinary schools. For example, veterinary professionals and students in Florida, Oklahoma and Wisconsin have volunteered this month at Spay Day clinics to sterilize hundreds of cats.

If you have a pet who hasn’t yet been spayed or neutered, we hope you’ve been inspired! And if your pet already has been, we’ll count on you to spread the word for World Spay Day.