Home ›
Dr. Marty Becker ›
Why Flea and Tick Prevention Doesn’t Stop When Summer Is Over 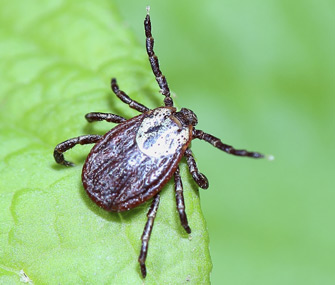 Thinkstock
Summer may be coming to an end, but that doesn't mean you should stop protecting your pet from ticks and fleas.

Fleas and ticks are fighting back. It used to be that they would pester our pets between May and September — but now experts recommend that pet owners give parasite prevention products year-round to fight off the biting little buggers. What’s up with that?

Warming Up to Ticks

In the case of ticks, we are seeing more of them in more places. Ticks are on the march, spreading to areas where historically they hadn’t been a problem. You might say they are investing in change. They hitch rides on migrating wildlife such as deer and they infiltrate the edges of urban sprawl when real estate developments clear away woodlands, leaving rodents, popular hosts for ticks, without predators.

Climate change may be a factor, too, although the patterns are different for different types of ticks. According to veterinary parasitologist Susan E. Little at Oklahoma State University, drought has driven the lone star tick population in Texas, Oklahoma and Kansas down, but the same conditions gave a dramatic boost to the brown dog tick population in those areas. "Same climate change," she says, but a "different effect on different species of ticks."

In some places, warming trends bringing milder winters have allowed ticks to move into new areas, including those at higher altitudes and latitudes. Even in Alaska, which historically didn’t have a tick problem, the bloodthirsty arachnids are making their presence known, thanks to the presence of dogs from the lower 48 and longer periods of greening in warmer months of the year.

And ticks are tough. They don’t die off in harsh winters but shelter cozily beneath snow cover or leaf litter. They might not be as active, but they are out in wintertime. "About 30 percent of human cases of Lyme disease are transmitted by ticks that are out between October and March," says Dr. Little.

The tick’s super reproductive capacity is a factor, too. When conditions are just right for ticks — humid and mild — their reproductive abilities go into overdrive, increasing their populations dramatically. Depending on the species, says Dr. Little, "an adult female tick will produce between 4,000 and 15,000 eggs" at one time. Skipping preventive, she adds, can be catastrophic. "If you have an adult brown dog tick that's attached to a dog and the dog brings that into the house [and] the dog is not on tick control and [the tick] feeds and it's been fertilized and it drops off in the environment, she is going to lay several thousand eggs in the home.

"And then the eggs are going to hatch out several thousand larvae and you've got a home tick infestation just from the introduction of a single fertilized female tick."