10 Everyday Items That Are Toxic to Birds 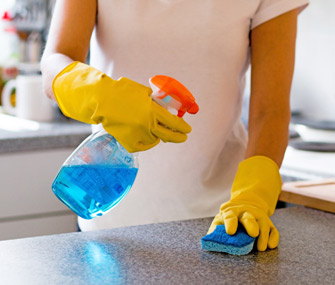 Though this artificial sweetener, found in sugarless gum and many diet foods, hasn’t been studied extensively in birds, it causes severe hypoglycemia, liver damage and potential death in dogs. Consequently, it’s best not to take chances in birds who have a higher metabolism than most mammals and who could potentially be affected by very small amounts of this chemical. Birds don’t need to chew gum or eat artificially flavored low-cal foods. Overweight birds can munch on low-starch veggies to keep calories down. Keep the sugar-free stuff away.


9. Smoke and Other Aerosols

Along with the edibles, there are some other things that can be highly toxic to birds. For example, smoking is unhealthy enough for people, but it’s even worse for birds, whose airways actually inhale and exhale simultaneously with every breath and who are extremely sensitive to smoke and other aerosols. Spray cleaners, hair spray, perfumes, incense and even candle fumes can irritate birds’ lungs and air sacs (little clear membranes birds have throughout their bodies under their skin to help them breathe).These products should never be used around birds, and if birds are accidentally exposed to them, they should be moved to well-ventilated areas immediately. Exposed birds who do not start to breathe at a normal rate and with normal effort simply with better ventilation should be brought to a veterinarian as soon as possible for supportive therapy, such as fluids and oxygen. The moral is: If you’re going to spray, keep the birds away.

Most bird owners know, but a few still do not, the dangers of nonstick cookware around birds.When Teflon and other nonstick surfaces are heated to very high temperatures, they emit microscopic vapors that when inhaled by birds’ exquisitely sensitive respiratory tracts can cause instant death. Numerous birds within a single household have been reported to die simultaneously when Teflon pans are burned near them. In general, all nonstick cookware and other nonstick coated appliances, including some stoves (in particular, the self-cleaning oven feature) and toasters, should be avoided in homes with birds. If birds are exposed accidentally to fumes from these pans or appliances, they should be brought to a well-ventilated area, such as the outdoors, immediately to help clear their airways. Unfortunately, even with immediate relocation to a better ventilated area, most birds exposed to these fumes die quickly without any signs before they can be brought to an animal hospital for oxygen therapy and other treatment. The manufacturer of any questionable appliance should be contacted before these appliances are used around birds. In general though, the rule is for bird owners is: Just say no to nonstick.

Of course, there are many other toxic items potentially toxic to birds, such as certain plants, lurking in our homes. If we just use common sense, supervise our beloved birds when they’re out of their cages, and offer them only nontoxic foods and toys to chew on, they are more likely to remain safe and happy. As always, if you have any questions about whether something could be potentially toxic to your pet, consult a bird-savvy veterinarian.