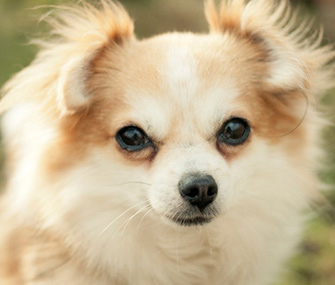 Leanne Graham, Animal Photography
If you're looking for a loyal and tenacious dog with a big personality, then the Chihuahua might be a good match for you.

The Chihuahua may be small in stature, but he usually has a pretty big personality. You’ve probably seen him around plenty on TV and in magazines — the Toy breed is a favorite of many high-profile celebrities and socialites. Learn more about the Chihuahua and see if he might be the right breed for you.

The Chihuahua generally loves quality time with his family and can be very loyal. That being said: Some Chihuahuas can even become obsessive about wanting to be with and protect their favorite humans.


They can be good watchdogs.

Don't overlook the Chihuahua's watchdog abilities. This typically yappy breed will usually let you know about any intrusion — real or imaginary — into his territory.

They can be feisty.

Despite his size, the Chihuahua is often fearless and not easily frightened. In fact, the typically sassy and tenacious breed is almost terrierlike in attitude.

The Chihuahua is generally a smart dog who can take well to training when it comes with positive reinforcement, like treats and praise.

They come in many colors.

The Chihuahua can come in any color or combination of colors, including fawn, black and tan, chocolate and white, blue and red.

Want to see what other dog breeds might be good matches for you? Try our breed finder quiz.