As part of an ongoing series for Vetstreet, award-winning consumer reporter Mitch Lipka covers what rights owners have when it comes to common legal scenarios surrounding pets. This week, he discusses the rights and responsibilities of owners who travel the friendly skies with their pets. 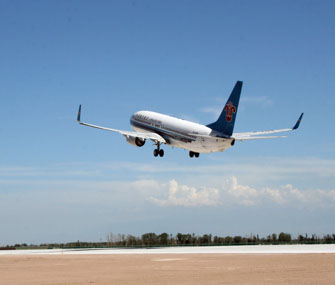 Many people think of their pets as their children, which can mean bringing them on airplanes, where not everyone is as welcoming to dogs and cats. Pet owners have a certain code that they need to abide by when flying, and they should know what their responsibilities are — as well as what they’re entitled to expect from an airline.

In the cabin: The weight limit for dogs flying in most airline cabins is 20 pounds. But there are some exceptions: Southwest Airlines, for example, doesn’t have a weight limit, but, as with most airlines, a pet carrier has to stow beneath the seat in front of you.

"There are also usually only a few dogs allowed in the cabin on any one flight, so he needs to be booked in advance," says Diana Culp, who runs the Humane Society for Shelter Pets.

It is also important to remember that you can't just assume you’ll be able to pick and choose which flights you and your pet will be on — even if you plan in advance. Seasonal restrictions on when pets can fly also exist.

Delta Air Lines, for instance, forbids any pets from traveling in a plane’s baggage compartment between May 15 and September 15. The airline also sets temperature limits: If the thermometer is expected to drop below 10 degrees or rise above 85 degrees, no pets will be accepted as baggage. When this happens, a pet can only be shipped as cargo, which is an entirely different process that often takes place in a separate section of an airport.

“In terms of dogs who are transported below deck, cross-country flights often have restrictions about temperature at takeoff, as well as the length of time that a pet can spend on the ground," says Culp. "This can lead to the cancellation of a dog's flight, leaving him stranded in the airport.”

The truth is that pet owners have very limited rights, prompting animal rights groups, like the Animal Legal Defense Fund, to recommend that pets not be flown as baggage or cargo. In general, it’s up to the individual airline to decide how it will handle matters if a pet is lost or dies in its care. According to statistics compiled by the U.S. Department of Transportation, some 35 pets died on U.S. airlines in 2011.

Pet owners also need to keep in mind that not every airline accepts every breed. Pit Bull type dogs, for example, are banned from most carriers. In December, Delta Air Lines — a company that had one of the most liberal policies regarding breeds — began prohibiting the transport in baggage holds of snub-nosed cats and dogs such as Persians and Pugs, which tend to be less tolerant of high temperatures. Many other airlines, including American Airlines, had previously adopted such a ban. The U.S. Department of Transportation released a report in 2010, which noted that half of the 108 dogs of known breeds that had died in transit in the previous five years were short-nosed, with the Pug and English Bulldog topping the list.

Steven May, who publishes the Daily Growl blog, notes that beyond the airline and airport regulations, pet owners need to be mindful of fellow passengers, who may be allergic to animals. If your pet is small enough to travel in the cabin, be prepared for a scolding if you let your furry friend out of his carrier.

“For every well-trained dog, there are others who can misbehave, creating a comfort and safety concern for other passengers,” says May. “And because the liability is so high, the airlines need to set strict parameters to protect themselves and their passengers.”