As part of an ongoing series for Vetstreet, award-winning consumer reporter Mitch Lipka covers what rights owners have when it comes to common legal scenarios surrounding pets. This week, he discusses the rights and responsibilities that come with a visit to your local dog park. 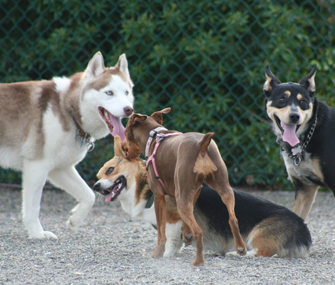 Dogs love to run, but in most places the leash is the law, so pups have to go to special areas in order to joyously run loose. Enter the public dog run and dog park — a steadily growing option in communities across the country.

Of course, with every privilege comes responsibility. Your local park will have its own rules that you must follow including hours of operation, poop scooping and more. For most dog owners, a trip to the dog park will go largely without issue. Their dog will run, chase their buddies, get chased back and do a lot of sniffing.

If your dog gets a bit out of hand, it’s your job to assess the situation and gain control. And you have a right to expect the same from fellow pet owners — but not everyone is as responsible as you are nor can every wrong turn be foreseen. So who’s responsible if something goes awry?

“Legally, pet owners are responsible for damages caused by their pet, so the aggressor dog's owner is responsible for vet bills and any medical care if a person is hurt,” says David T. Pisarra, a family law attorney based in California.

According to Pisarra, this would likely come in the form of a negotiated settlement, but it could also involve having to go to small claims court or higher, depending on the damage caused.

There can be exceptions, adds Pisarra, “such as if a dog was protecting the owner from an attack by a predator.” But expect a court fight to prove it.

“I firmly believe that the responsibility for safety falls squarely on the shoulders of the pet owner,” says Pisarra. “If owners feel there is the slightest risk of aggression from their dogs, they need to take the proper steps to insure a violent situation doesn't take place.”

How to Protect Yourself and Your Dog

Here are some basic rules of dog park etiquette culled from the guidelines proffered by the Association of Pet Dog Trainers:

Bottom line: It’s on you dog owners to do what you can to avoid and stop conflicts — and let your pet get in some good running time.


Mitch Lipka is one of the more widely read consumer reporters in the country. He's written for The Boston Globe, Philadelphia Inquirer, Consumer Reports and AOL. He was the 2010 winner of the New York Press Club award for best consumer reporting online. Lipka has a dog and two cats.