Home ›
Our Pet Experts ›
Dr. Patty Khuly ›
A Vet Talks About Her Foster 'Failures' — and Why She Decided to Keep the Pets Forever 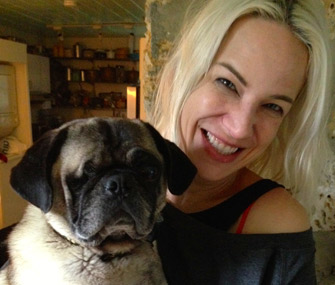 If you're anything like me, you’re a failure — a failure as a foster pet person, anyhow. That is to say, you’ve “temporarily” taken in a pet, fully intending to find her a home, only to recant, keeping her forever close, instead.

You may wonder how veterinarians like me, who are confronted by an endless stream of homeless pets, decide to take one in, especially given the limits of our time and the square footage of our homes that, let’s face it, already teem with an abundant head count of pets.

It Starts With Good Intentions

I look at every lost or abandoned pet with an eye toward taking her in temporarily. Picturing her frolicking with my own forever pets instead of languishing in a cage is an intrusive thought I can never quite shake, no matter how hard I try. I’m too much of what others sometimes disparagingly call a bleeding-heart animal lover. But how can I resist a homeless animal when there might be room (somewhere, somehow) in the warm embrace of my own household?


The rational me says, “You know it’s not a good idea. You’re already up to your eyeballs in after-hours animal duties. What makes you think you have the time to sanely handle yet another pet, even temporarily?” In the end, if I decide to take in the pet, I have to accept that this may be an irreversible decision.

That’s right. Irreversible. As in permanent, forever, into perpetuity. Because here’s the dirty little secret behind every sad-faced potential foster pet: You may not be able to find her the perfect forever family. Ever. Not unless it’s yours.

Separation Anxiety on My Part

As a serial foster pet adopter, I’ve committed every sin known to temporary petdom, the most egregious of which involves falling deeply, irretrievably, madly in love with the object of my (supposedly ephemeral) affection. Other notable sins I’ve committed on behalf of my foster pets include:

It happens way more often than I care to admit it could. Consider the following failures:

Slumdog, the twisted limbed, hydrocephalic (excess water in the brain) puppy mill Pug whose deformities rendered him strange-looking, unable to ambulate normally and behaviorally challenged. Not only did his limbs require extensive corrective surgery but his canine IQ was definitely sub-normal, his willingness to eat paper shocking and his inability to understand even the basics of housebreaking (common in hydrocephalic dogs) made him a poor candidate for rehoming. Plus, after all the love required to see him fixed, who wouldn’t have found separation impossible?

Gaston, a hit-by-a-car head trauma case that was dropped on our doorstep by a good Samaritan (who offered us $200 to fix him or euthanize him). After two weeks in a semi-comatose state, this sensitive little Min Pin recovered well enough to walk. Six months later he was still afflicted but he was ready to find his forever home. Unfortunately, I wasn’t ready to see him go.