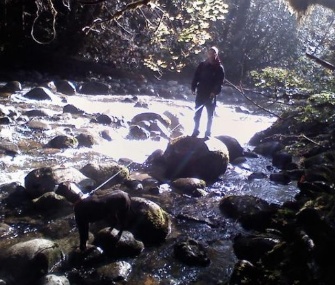 Courtesy of Trupanion
Aaron Eastlick and his pal, Vegas, go for a hike at Seattle's Snoqualmie Falls.

Portland’s neighbor to the north might be a little rainy, but it features a “local culture committed to happy, active dogs,” Estately says. The blog says that like San Francisco, the city’s rising dog population means that it also has more dogs than kids. The city where Rover.com got its start features 32 Meetup groups for dog lovers and has lots of dog-friendly businesses.

Unsurprisingly for this coffee-loving city, one of them is BARK! Espresso, where your pooch can enjoy the Hound Dog Hangout while you grab a latte. Nerd Wallet deems its veterinary care “somewhat affordable” but says the city has a walkable layout and its huge Warren G. Magnuson Park has an off-leash area that allows your pup to romp on the shores of Lake Washington.

“Being a Seattle dog owner means being able to explore your city with your best friend,” says Aaron Eastlick, who lives there with Evora, an Italian Greyhound, and Vegas, a Pit Bull. Eastlick works for Trupanion, a Seattle-based pet insurance company. “There are even dog-friendly bars and restaurants such as Norm's in Freemont where you can socialize with people and dogs, and even get a 'dog beer' for your dog. With beaches and lakes to visit and swim, woods to explore and all sorts of play groups, dog walks, Meetups and activities to keep you busy all year long, Seattle is a great place to have a dog.” 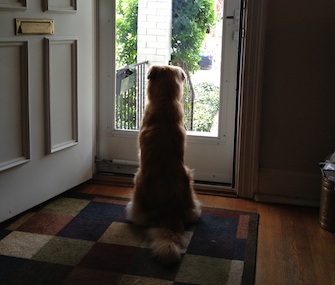 Courtesy of Michelle Jones
Tink Bell has the city at her paws in Washington, D.C.

It seems the nation’s capital might be one of the best-kept secrets when it comes to dog-friendly cities. According to Estately, there are canines in less than 22 percent of the city’s households, but it’s the seventh most walkable city and it has plenty of parks for walking, including seven dog parks. And it’s one of Rover.com’s top 20 cities. Nerd Wallet concurs, and points out that it has affordable veterinary care and clean streams for dogs who are water lovers.

In her dog-friendly corner of the city, Georgetown’s Glover Park, Michelle Jones admits that it’s “completely common (but maybe a bit odd) to know neighbor dogs' names but not their names. This past year when our former dog passed, everyone in the neighborhood we knew reached out with sympathy. Likewise, they welcomed our new pet immediately after we got her!”

Jones says her dog, Tink Bell, comes along to walk her daughters to school each morning. Dogs are a big part of holiday celebrations in the city, too, with Fourth of July dog parades and pups dressing up for Halloween. And Washington D.C. Parks and Recreation hosts an annual dog splash at the pools just before they close and clean them for the year. Like many of the other cities on our list, “Bars host animal-friendly happy hours, and countless stores and restaurants have water out for dogs all year long around the city,” Jones says.

Of course, these aren’t the nation’s only dog-friendly cities.

What other cities do you think should be on the list? If you think yours was missed, please tell us about it in the comments below.

* 5 Dog Breeds That Are Worrisome

* My Dog Has a Gay Tail. What Does That Mean?

* Why Does My Dog... Kick the Grass After Pooping?