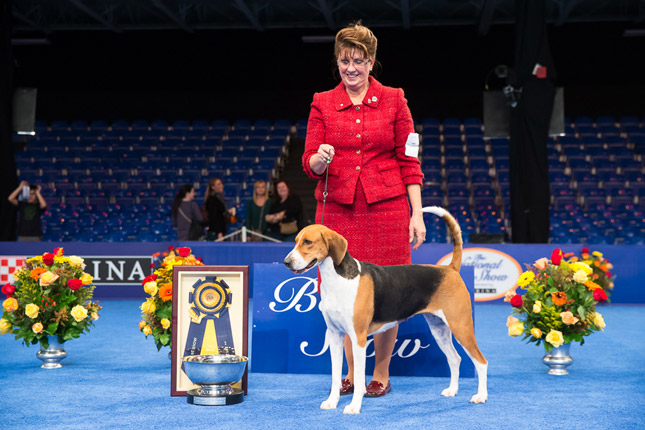 Jewel the American Foxhound! After winning the Hound Group at last year's National Dog Show and again at Westminster this past February, the stars aligned for Jewel to shine and finally take home the Best in Show crown. In fact, GCH Kiarry’s Pandora’s Box — that's Jewel's registered name — is the first hound to ever win the National Dog Show, which was dominated by terriers in five of its first 11 years.

Emerging from a field of 1,500 canine competitors, Jewel overtook a Standard Schnauzer, Irish Water Spaniel, Pekingese, Norfolk Terrier, Bichon Frise and Bearded Collie (the clear crowd favorite) in the Best in Show round. This is the 67th time that Jewel has been awarded the Best in Show title at a dog show... and she's only three years old!

Check out more of our pictures from the ring, and tell us which breed you were rooting for!

Stars of the Ring 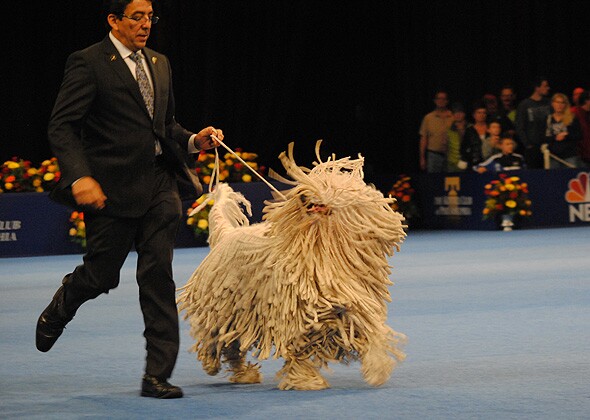 The Hound Group competes in the National Dog Show. The winner of the group was the American Foxhound. 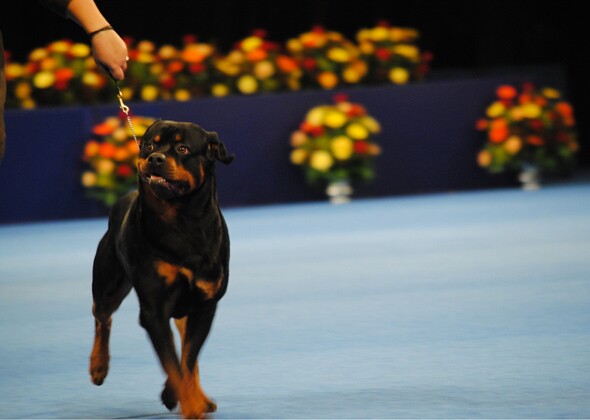 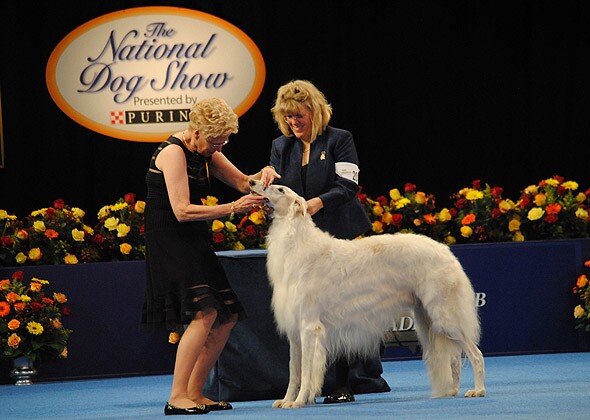 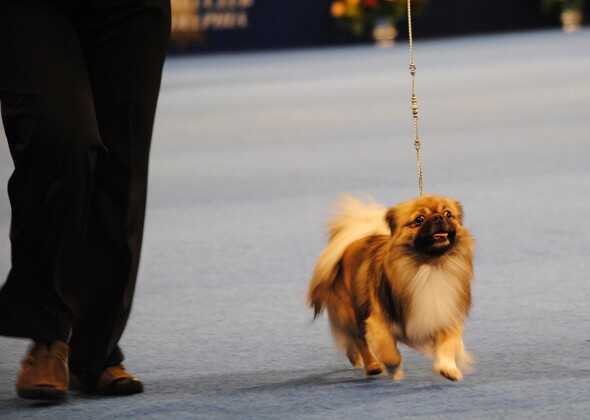 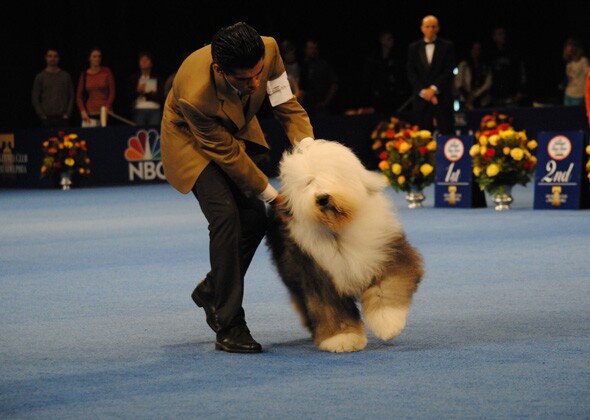 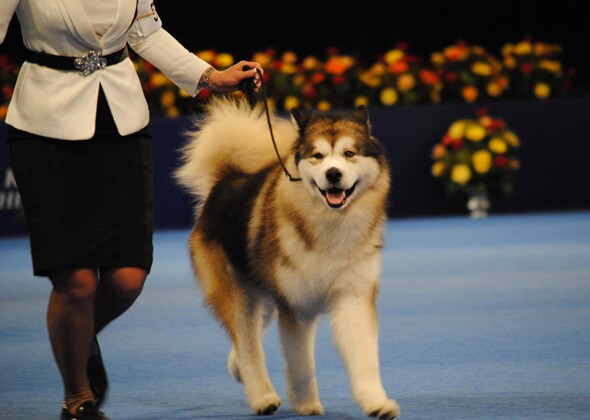 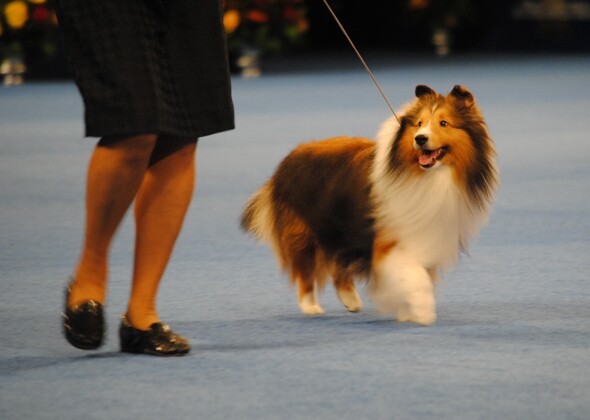 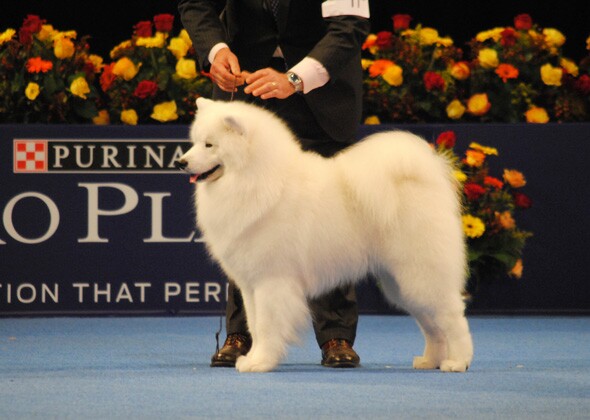