Home ›
Our Pet Experts ›
Dr. Jenna Ashton ›
Fungal Infections: What Puts Pets at Risk, How to Spot Them and Treatment Options

Fungal Infections: What Puts Pets at Risk, How to Spot Them and Treatment Options 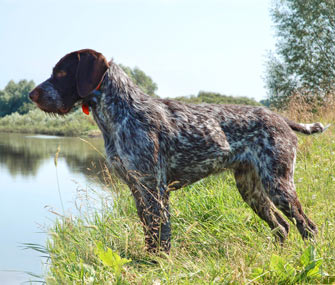 Thinkstock
Fungal organisms Blastomyces and Histoplasma are most commonly found along river valleys of the Mississippi, Missouri, and Ohio Rivers.

When you think of fungal infections, what comes to mind? Probably something like athlete’s foot in humans. But did you know that pets are at risk for fungal infections, too? While some infections in dogs and cats are limited to the skin, others can become systemic, often entering the lungs and/or spreading through the bloodstream, sometimes causing serious or deadly effects. Here's what you need to know about systemic infections.

Infections are caused by different kinds of fungi in the environment, many of which can also cause disease in humans. Generally named after the organisms involved, the most common fungal infections in dogs and cats include histoplasmosis, blastomycosis, cryptococcosis and coccidiomycosis. Other fungal organisms that are potentially problematic for pets include Aspergillus, Pythiumand Lagenidium.

Fungal spores are often found in decaying vegetation in wet or damp soil and swamps, especially in environments that have been contaminated by bird droppings. Certain fungal organisms tend to be found in specific geographic regions, for example, Blastomyces and Histoplasma are most commonly found along river valleys such as the Mississippi, Missouri and Ohio River Valleys, while Coccidioides is most commonly found in the southwestern U.S. Still, fungal infections have been confirmed all across the country.

Both Dogs and Cats Are at Risk

Most dogs and cats become infected when they inhale fungal spores, although it can also happen if they accidentally swallow or potentially have skin contact with the spores.

Pets who tend to be outdoors or have outdoor exposure are typically at greater risk than indoor-only pets. However, with certain organisms, indoor pets appear to be at equal risk as outdoor pets.

Although some fungal organisms are considered zoonotic, meaning they can be spread from pets to humans, this kind of transmission is rare. However, the same environments that pose a threat to pets can also expose humans to these fungal organisms.