Home ›
Our Pet Experts ›
Linda Fiorella ›
How Do Working Dogs Deal With Retirement?

How Do Working Dogs Deal With Retirement? 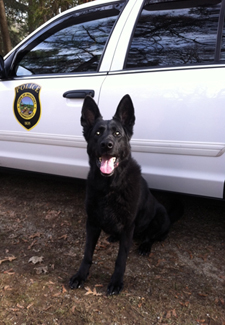 At first, Lola had trouble adjusting to retirement. During her 10-year career with the Westport Police Department in Westport, Conn., she amassed more than 1,000 arrests, including burglary suspects and bank robbers.

“She was responsible for seizing vehicles, money and narcotics,” says Officer Marc Heinmiller, who worked with Lola from 2007 until her retirement earlier this year.

Nowadays, Lola waits at home for Heinmiller — and slowly relaxes into her new life.

“My wife told me that, for a while, Lola would wait by the garage door (the door we used to leave from every day for work) after I left, as if I were coming back in to get her,” explains Heinmiller.

Giving Up Work Life Isn't Easy — Even for Dogs

Lola is a retired German Shepherd Police Service Dog (PSD), but her reaction to retirement is not unlike that of many human counterparts.

Other retired working dogs, such as racing Greyhounds, military dogs and search-and-rescue dogs can experience work withdrawal too. Debra Tosch, executive director of the Search Dog Foundation, says that her canine, Abby, “very much missed the work, so I would still let her do a building search if I was at a training.”

Abby, who had searched the World Trade Center in the aftermath of 9/11, was recently honored at a ceremony for the unveiling of the Search Dog Foundation's Canine Memorial Wall on September 11, 2011. “These search dogs never lose their drive or desire, even when their bodies no longer allow them to do the job,” says Tosch of Abby, who passed away in her sleep one month short of her 14th birthday.

Creaky Joints and Other Retirement Woes

Such physically demanding jobs can also mean additional veterinary needs as working dogs enter their golden years. Retired Military Working Dogs (MWD) “usually have some type of health issue and may need to be on medication,” says Ron Aiello, president of The United States War Dogs Association. A MWD named Stormy actually inspired Aiello, a former canine handler with the Marine Corps, to found the organization.

One such recently retired MWD, Kondi, has arthritis. A civilian family adopted Kondi in January after she served seven years as a highly decorated patrol and narcotics detection dog in Fort Lee, Va.

“We were worried about possible aggression issues, since we have a young boy, a smaller dog and a cat at home,” says owner Dedrick Jordan. “Those reservations disappeared during her first week with us. She is the most loving and loyal dog.” Of course, not all retired MWDs are adoptable due to temperament problems, as well as issues with post-traumatic stress disorder, which many believe also affects dogs exposed to combat settings.

Even good-natured retired pups often need special care — and well-deserved love and praise — to keep them sharp and focused. Aiello advocates for lots of exercise, as well as keeping up on basic commands. “When it was time for Abby’s daily supplement, I would hide it and use hand signals to direct her to it,” says Tosch. “I also taught her to ‘search’ for my car keys, which kept her ‘in the game,’ and could be played anywhere."