Home ›
Our Pet Experts ›
Mikkel Becker ›
Is It OK to Leave My Dog Alone in the Yard?

Is It OK to Leave My Dog Alone in the Yard? 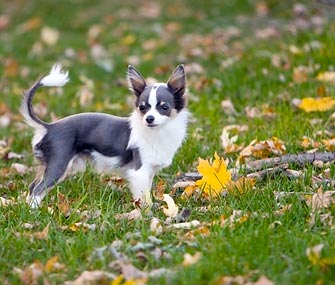 Q: Is it OK to leave my dog unattended in our fenced yard?

A: I'm afraid the answer is no, as this can cause all kinds of behavior issues. Dogs may display escape behavior, fence fighting, digging and inappropriate chewing.

Canines cooped up in the yard often lack mental stimulation and physical exercise, which can leave dogs looking for ways to fill their time and expel energy. Dogs are natural scavengers and hunters, meaning they are designed to spend much of their waking hours in pursuit of food. They are also bred for specific purposes, such as hunting, herding and companionship. Dogs left outside for extended periods will use the energy they would naturally use for food pursuit or breed-specific tasks in a manner that may not be pleasing to their human companions — such as incessant barking.

Labrador Retrievers, for example, have been bred to hunt and retrieve, and when they don't get enough exercise or opportunities to work, they may counter their boredom by creating their own jobs, which can include annoying behaviors such as barking along the fence at dogs walking by the property. Dogs bred for companionship also suffer because they are separated from their owners, whom they are uniquely designed to be near, which can cause distress and anxiety-related behavior.

Hanging out in a fenced yard can be a viable and safe option for some pets, but leaving a dog in a yard with an invisible fence has its own unique hazards. Though dogs usually won't leave their yards in this scenario, an invisible fence doesn't prevent other dogs from getting in the yard and attacking your dog. If you are relying on an invisible fence, be cautious: Dogs in yards with invisible fences shouldn't be left out without supervision for their own safety.

In general, though, leaving a dog in a backyard depends greatly on the temperament of the individual dog, specifically if he displays distress or destructiveness. Some dogs are content to be let outside frequently during the day to bask in the sun or play in the snow. Be sensitive to weather conditions, though, as many dogs, such as Pugs, cannot tolerate temperature extremes.

As a general rule, leaving your dog unattended for brief periods is OK, as long as he is not showing anxiety or stress or any behavior issue, such as attempting to dig under the fence. However, the majority of dogs prefer being inside with their owners and enjoying human amenities, such as air conditioning and comfy couches.

Ways to make the outside environment more enriching include scattering kibble on the lawn for dogs to scavenge or giving frozen stuffed Kongs or other chew toys for them to nibble. Offer shelter outside; provide both shaded areas from the sun and protection from the wind and rain. Also take your dog on at least two daily walks that leave him panting tired. Playing games with your dog, such as fetch or tug, can also help him be more satisfied and more likely to settle down both inside the home and for short periods outside.