Most Trendy Male and Female Cat Names of the Year

Trends may come and trends may go, but one thing is certain: We'll always be on the ball when it comes to which pet names are the trendiest of the year!

As we did last year, we looked through our database of 425,000 cats named over the last year to determine which names had climbed the most in popularity over a decade. Now, to be clear, that doesn't mean these are the most popular kitten names of the year — that's a different list, although there is a bit of overlap between the two — but rather that they climbed the most since 2004.

A few of the names on this year's trendiest cat names list were on last year's — in fact, some even held the same position. But we lost quite a number of names on last year's list as well, so you can say goodbye (for now, at least) to Izzy, Ziggy, Katniss, Winston, Bentley, Jackson, Fiona and Charlie. But don't be sad! We have a feeling you're going to love the names that took their place. 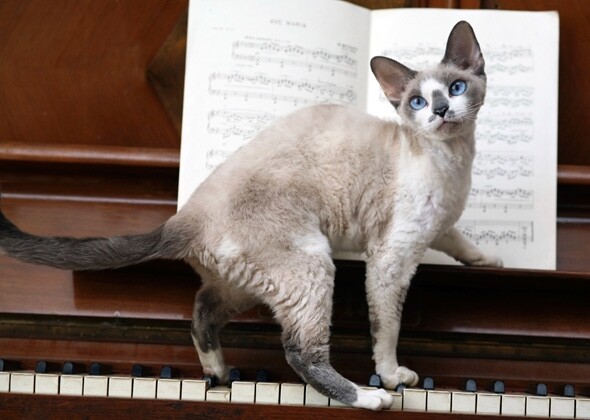 Moving up 34 and 37 spots, Sophia and Tux might not have made the top 50 kitten names this year, but they're certainly on the rise. Sophia might owe its recent rise to the Disney Jr. computer-animated show Sofia the First, which debuted near the end of 2012. This year is the first for both on the trendiest names list. 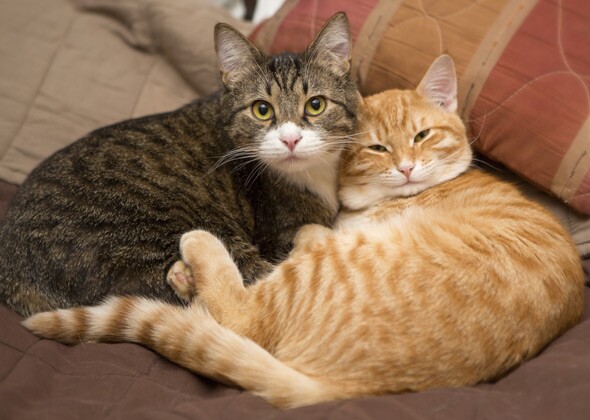 Nala and Finn, moving up 42 and 38 spots over the past decade respectively, are both nods to classic stories (The Lion King and The Adventures of Huckleberry Finn), although it could be argued that Finn gained ground due to publicity surrounding the death of Corey Monteith, who played Finn Hudson on Glee.

Both names are new to the trendiest cat names list this year. 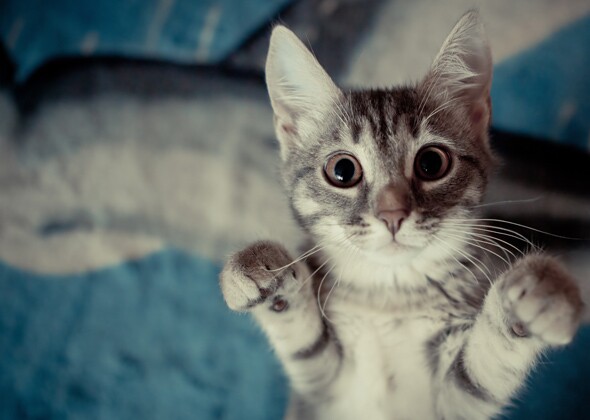 No. 8: Mittens and Sheldon

Mittens, which climbed 43 spots in the last year, has long been a popular cat name but seems to be seeing a resurgence. In fact, you'll see it again on this list for male cats. Sheldon, however, likely ascended its 39 spots thanks to the popular main character Sheldon Cooper on The Big Bang Theory. Who wants to bet that many cats with this name are rather particular about their seats on the couch?

Mittens did not make our previous year's trendiest cat names list, but Sheldon climbed two spots this year from No. 10. 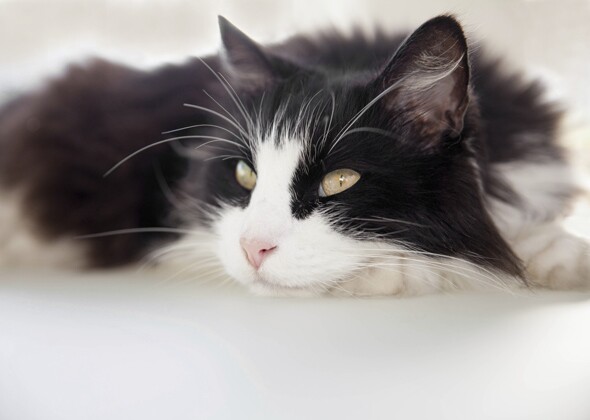 Many of the year's best-loved names were throwbacks to popular names of yore, and Stella, which made its way up 47 spots, is no exception (although it doesn't hurt that it's also the name of the Frenchie on Modern Family). Zeus, which jumped 44 spots, hearkens back just a bit farther in time.

Stella and Zeus have each lost a bit of ground this year, falling from the No. 3 and No. 5 spots on the trendiest names list last year. Both made the list for the top 50 most popular kitten names, Stella hitting No. 22 and Zeus at No. 42. 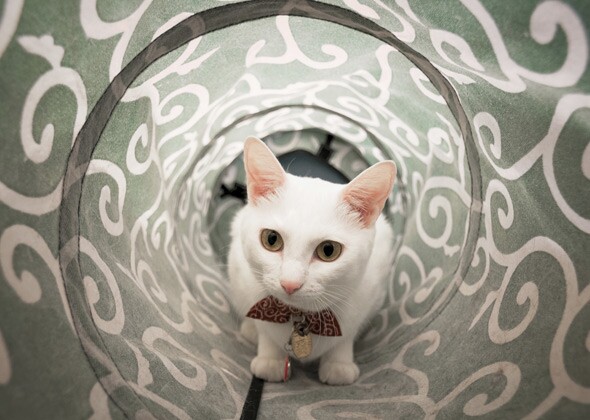 Climbing 49 and 47 spots, Olive and Cooper snagged the No. 6 most trendy position of the year. Cooper was the No. 4 trendiest name last year, and Olive was No. 8. 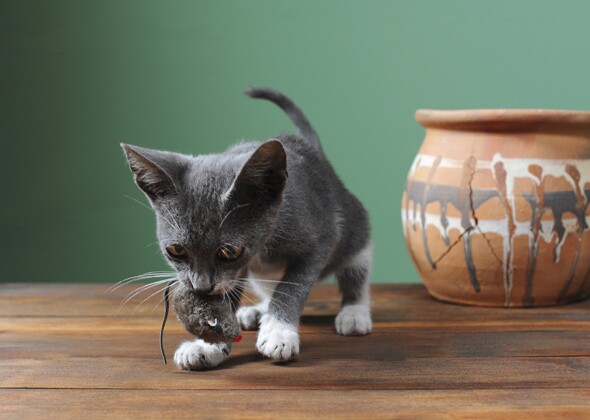 Luna, up 50 places, and Mittens, up 53 for male cats (and already listed for female cats), both also earned places on the most popular kitten names list, landing at No. 4 and No. 43.

Both Luna, which might be a reference to the character Luna Lovegood in the Harry Potter books and movies, and Mittens, which is a classic choice, are first-timers on the trendiest names list. 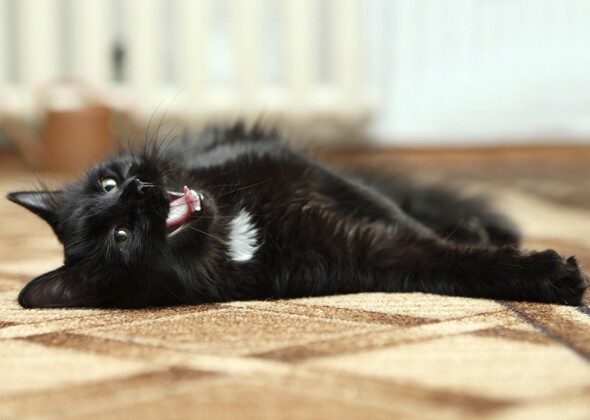 No. 4: Penelope and Thor

Rising 51 and 58 spots, Penelope and Thor are definitely on the move. The reason for Penelope's recent surge in popularity could have something to do with Kourtney Kardashian's daughter of the same name, and as far as Thor goes, it seems likely we can thank the 2011 and 2013 blockbusters Thor and Thor: The Dark World.

Thor actually lost a bit of momentum this year, however, going from the No. 3 trendiest name to No. 4. Penelope didn't make the cut last year. Penelope and Thor both found a home on this year's most popular kitten names list, ranking No. 48 and No. 40. 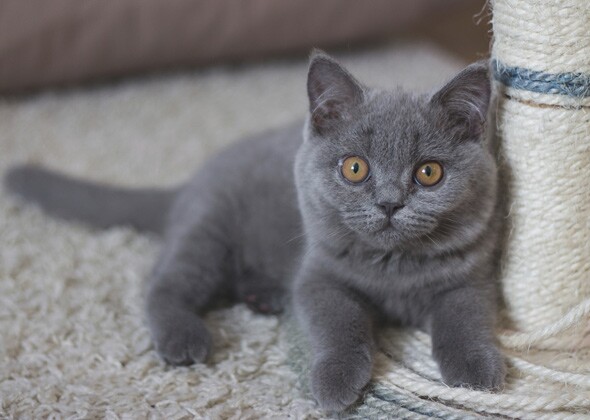 Ellie, climbing 53 spots over the last decade, is an example of the sweet and diminutive but traditionally human names gaining popularity with pet owners these days, while Jax, which gained a whopping 65 spots, exemplifies the trend of male names being short and masculine.

Ellie was the No. 7 trendiest name last year, while Jax was brand new to the top 10 this year. Both names made the most popular list as well (No. 47 and No. 35). 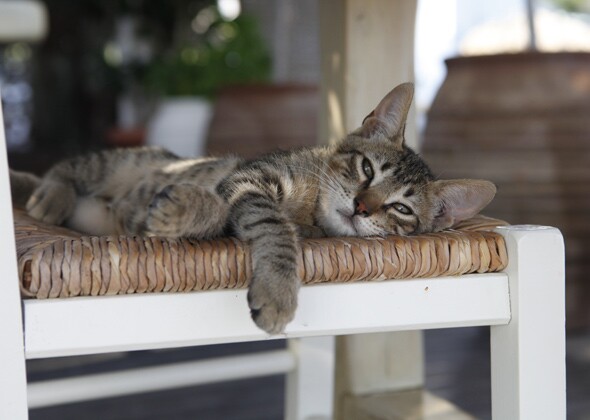 Both held prominent spots on the most popular list as well: Willow was No. 23, and Loki was No. 25. 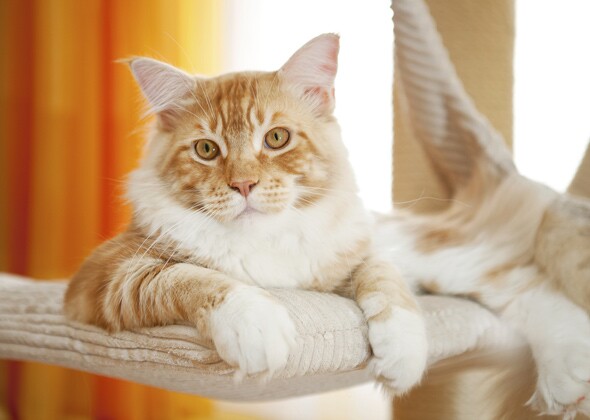 It would appear that pet lovers also tend to be big fans of television shows, based on the No. 1 names on this list. Penny, which jumped 68 spots, is a lead character on The Big Bang Theory, while Dexter, up 76 spots, is the eponymous main character on the hit Showtime series that came to an end in 2013.

If you liked this, you won't want to miss: