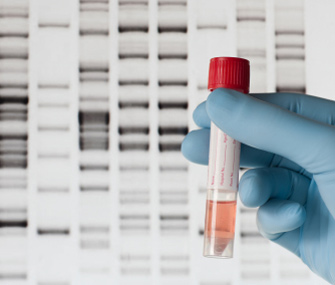 In 2007, canine geneticists threw veterinarians and dog owners an unexpected bone. After spending years mapping the entire canine genome, they’d arrived at a novel application for their findings. They’d make use of their accumulated knowledge of the specific genes that served as markers in particular breeds of dogs to help suss out the true purebred provenance of even the motliest of mutts.

These so-called “mutt tests,” officially termed dog breed identification genetic tests, were the very first of their breed. Which is probably why the results seemed a bit sketchy. I mean, it was hard to look at a long-legged, short-nosed dog and consider Chihuahua and Beagle an acceptable solution to the problem of questionable parentage.

It was this kind of off-the-wall answer that left dog owners feeling fleeced and veterinarians scratching their heads.

A New Way to Look at "Mutt Tests"

Now, that doesn’t mean the tests are perfect, and it certainly doesn’t mean the results won’t shock, dismay or confound you. Indeed, the theoretically vast variability in looks in just one litter out of two different purebreds would truly amaze you. Despite the still-prevalent doubt, these tests are getting a whole lot closer to the truth… more so every day.

Which is why veterinarians like me are starting to look at them in a whole new light.

While I never doubted the fundamental science behind the tests, I confess to having once been a devout skeptic of their relevance. I mean, who cares if it’s a Cocker Spaniel, Poodle, or Portuguese Water Dog? What difference does it make except to potentially perpetuate the notion that mixes are in need of definition and, by inference, that purebreds are preferable?

5 Reasons Why Genetic Testing Is Good

But now I believe I’ve been mistaken to disdain the utility of greater genetic certainty. After all, it’s good for at least three things:

1. Assessing the risk of specific genetic diseases known to afflict the purebreds in a mixed breed’s ancestry can be very helpful to veterinarians hoping to direct pet owners toward appropriate screening tests and diagnose illnesses more efficiently.

2. Knowing which breed or class of breeds a mixed dog hails from can help head off big behavior issues by channeling his drive in a more natural and effective direction. Doing so might just save him from shelter relinquishment or even untimely euthanasia.

3. Breed specific legislation (BSL) remains a hot topic in many municipalities around the world. Despite the science supported by the American Veterinary Medical Association (AVMA) and the US Centers for Disease Control and Prevention (CDC) showing no evidence of any breed’s inherent propensity for violence, thousands of dogs are put to death every year for the sin of semi-resembling a specific breed the community deems problematic.