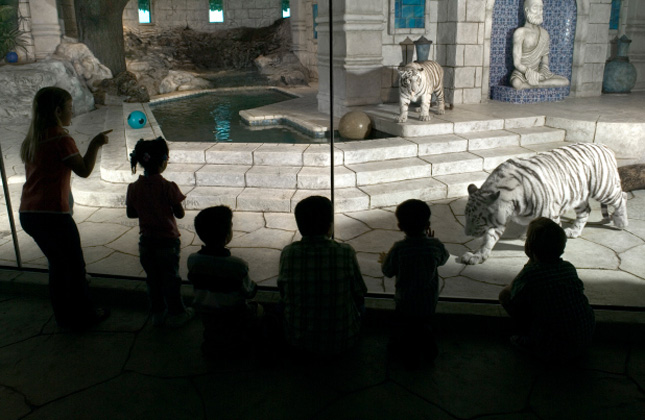 Thinkstock
Are zoos struggling to maintain a balance between entertaining and educating the paying public and protecting endangered species?

Who wants to see a little brown deer?

Maybe no one. Or that's what worries some conservationists.

The Calamian deer, a short-legged, barrel-chested creature about the size of a Greyhound, is gravely endangered in its Philippine island home, and now, the zoo population that was supposed to save the species for some future return to the wild is near collapse. All because, conservationists fear, no one much wants to see a little brown deer.

The animal is just one of many endangered species that captive breeding might help, several conservation experts say. But studies show zoos devote most of their space to animals under far less threat. The result is a chasm between the public perception that zoos should serve as an ark for endangered species — and reality. Although the Association of Zoos and Aquariums (AZA), a membership and accrediting organization for 240 mostly North American zoos, argues that zoos engage in a wide variety of complex conservation efforts, critics maintain that too often, the facilities are driven by a need to appeal to an admission-paying public and can be reluctant to take on the challenging care many endangered species require.

"We've got to go back and rethink what we're doing, and it needs to start at a national level," says Jeff Holland, curator of mammals for the Los Angeles Zoo and Botanical Gardens. "Are zoos conservation organizations, here to conserve species that are going extinct? Or are we here to entertain and educate people, and managing endangered species — that's somebody else's job?"

Zoos seem to be answering Holland’s question with their collections.