The Pets of the 2016 Presidential Candidates

Many Americans are paying close attention to the issues being debated on the presidential campaign trail, like the economy, immigration and foreign policy — not to mention the wide array of personalities in the Democratic and Republican fields. But, when voters go to the polls in November 2016, they won’t only be choosing Barack Obama’s successor. They might be selecting the next first pet, too.

Not all of the candidates have pets. Republican front-runner Donald Trump hasn’t revealed whether there’s a feline or canine resident in his household. Another leader in Republican polls, Dr. Ben Carson, explained on Facebook why he doesn’t have a pet at the moment, “We are not home enough right now to be responsible pet owners, but over the years we have had many. …My favorite dog was a black German Shepherd named Echo. We still miss him.” And Sen. Bernie Sanders, D-VT, who’s been a strong candidate on the left, recently mentioned that he doesn’t have a dog.

But, many of the candidates do have four-legged best friends, and we wanted to introduce you to them. After all, there’s a chance they could be moving into the White House when Bo and Sunny, the Obamas’ Portuguese Water Dogs, move out in January 2017.

We rounded up what we’ve learned in the gallery below — and we’ll continue to update it as the race goes on! 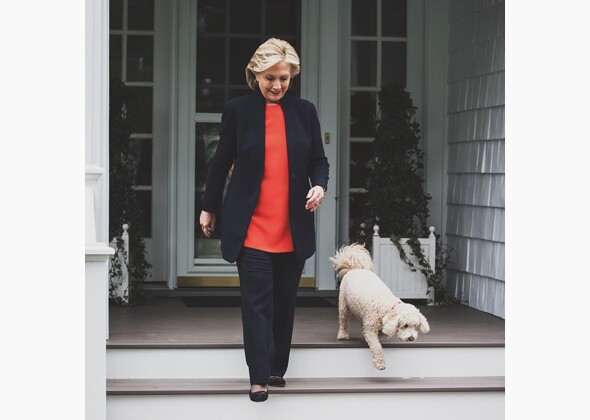 When Hillary Clinton moved into the White House as first lady, the family had a cat named Socks, and later added a chocolate Labrador Retriever named Buddy. The Clintons now have another chocolate Lab named Seamus, a Toy Poodle named Tally (who’s pictured above) and another small dog named Maisie, according to the Daily Mail. The former secretary of state told People magazine in 2011 that Tally helps motivate their senior Lab to get up and get moving. 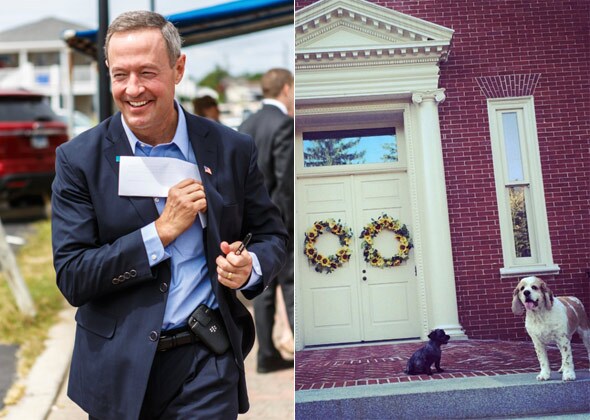 Former governor of Maryland Martin O’Malley is part of a pet-loving family. His dog Winston (the small, black dog pictured above) sadly passed away, but the O'Malleys still have Rex, the lighter colored pooch, and a cat named Sebastian. We spotted a throwback picture of his childhood dog, Louie, on his Instagram. Even his granddog, Mila, has been helping his campaign by making phone calls. 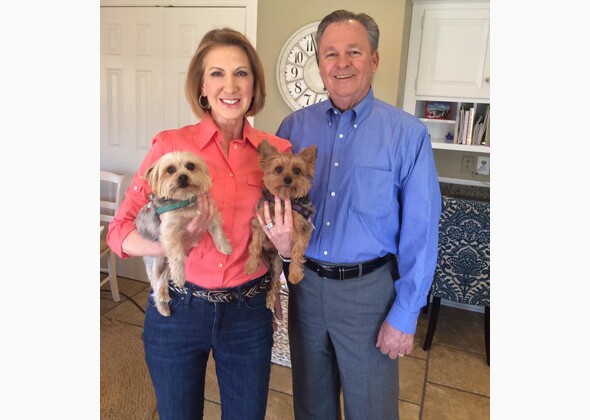 Carly Fiorina’s two Yorkshire Terriers made headlines in September when the former CEO of Hewlett-Packard sang a little ditty about Snickers’ lazy attitude in an appearance on The Tonight Show Starring Jimmy Fallon. Weeks later, she posted a video on Facebook saying that her other Yorkie Max (above, right) was feeling left out, so she wanted to introduce him. She said Max has his own song, but we have yet to hear that tune. 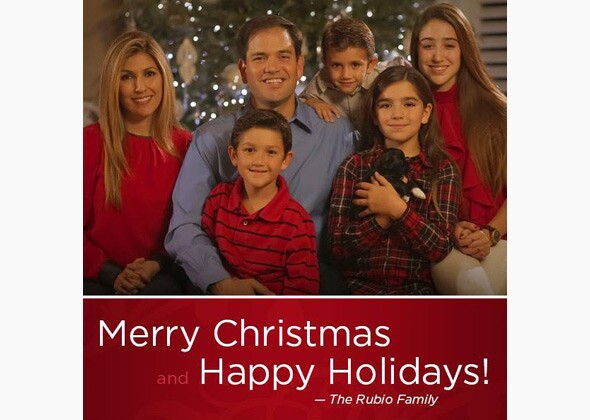 Florida Sen. Marco Rubio and his wife Jeanette had their daughter Daniella sign a pet care contract before bringing home a Shih Tzu puppy, reported Parade in September 2013. They named the puppy Manna, inspired by the phrase “manna from heaven,” which refers to food God miraculously gave to the Israelites in the Exodus. Two months later, the tiny puppy appeared in the family’s holiday card. 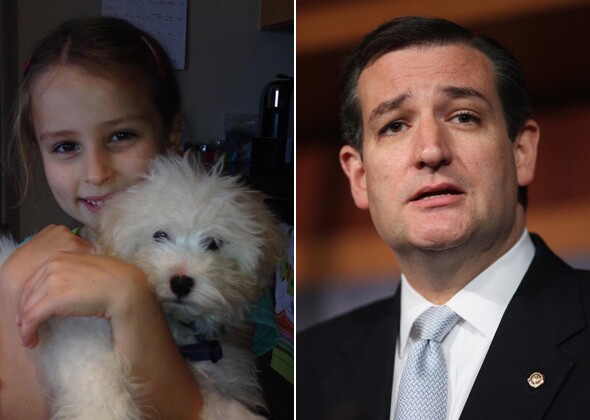 In November 2014, Texas Sen. Ted Cruz announced his family had adopted a puppy for his two young daughters. “A few weeks ago, as they were going to bed, Caroline and Catherine prayed, ‘Dear Jesus, please, please, PLEASE bring us a puppy,’” he posted on Facebook with a photo of one of the delighted girls holding the dog. “Well, meet Snowflake, a rescue puppy who has made two little girls unbelievably happy.”

Rick Santorum, who served as a senator from Pennsylvania, added an adorable German Shepherd named Darcy to his family in June. He has said the puppy will be a companion to his daughter Bella, 7, who has special needs as a result of the rare genetic condition Trisomy 18. Darcy hasn’t shied away from politics, either. When the campaign shared another cute Instragram picture, they said the pup would get extra baby carrots (her favorite) whenever someone joined Team Rick from the post. 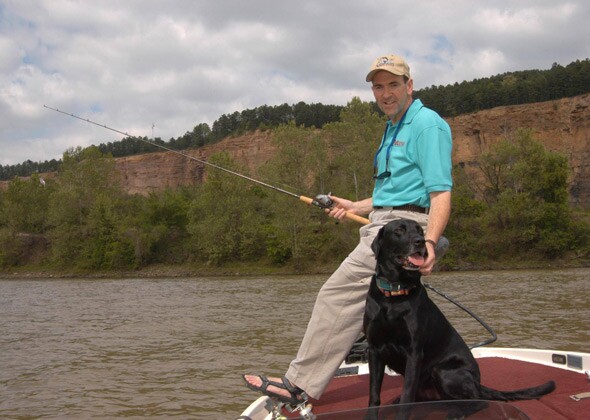 Mike Huckabee’s beloved black Labrador Retriever Jet passed away in 2013 at nearly 15 years old. When Jet died, the former Arkansas governor shared a long tribute to the dog on Facebook, and he shared this photo and a remembrance of Jet again, in August, on National Dog Day. “Jet Huckabee was more than just a black Labrador Retriever — he was my inseparable companion and confidante for almost 15 years,” he wrote.