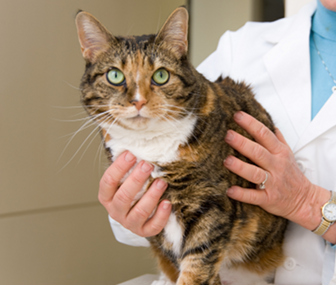 A calico cat disappeared from her Colorado home when contractors left the door open. Five years later, she was found in Manhattan — 1,600 miles away. What made it possible for this pet to return home? The cat had a microchip.

Unfortunately, most pets aren’t this lucky. The Humane Society of the United States estimates that only 2 to 5 percent of lost cats and 30 percent of wayward dogs are reunited with their owners. But those odds improve if a pet is microchipped.

Why did some pets with microchips fail to be reunited with their owners? The owner information either was never registered or it wasn’t current.

According to a presentation given by Dr. Julie Meadows at the latest North American Veterinary Conference, microchips can certainly help reunite pets with owners — but they’re not perfect.

To understand the issues concerning microchips, it helps to know a little bit about how they work. Microchips are tiny electronic devices that are injected under the skin with a hypodermic needle. When a scanner is passed over a pet's skin, it emits radiofrequencies that activate the chip, which transmits a unique identification number back to the scanner. The number is then compared against a database to locate the animal's owner.

For an effective microchip system, all three parts have to work: The microchip needs to be in the right location and functioning, the scanner must be able to detect the chip, and the database that links the chip number to the owner needs to be accurate. Microchips can also be missed due to an improper scanning technique, matted hair, excess body fat and a collar with a lot of metal that sits close to the microchip.

Although it’s relatively rare, some microchips can fail. In one study that looked at 2,632 pets implanted with microchips, 11 of the devices did not work.

When microchips were first introduced in the United States in the 1990s, most chips were read with scanners that used 125-kiloHertz (kHz) or 128-kHz frequencies. In many cases, microchips from one company could not be read by a scanner from another company. Meanwhile, the rest of the world used scanners with a 134.2-kHz frequency. Since those scanners could not read American microchips, it presented an added problem for pets who were traveling internationally.

To comply with the International Standard Organization (ISO) global standard for microchips, some American companies began making microchips that used 134.2-kHz frequencies. Today, more and more companies are moving toward that standard.

However, according to a 2007 government report, 98 percent of microchipped pets in the U.S. had 125-kHz chips — and only 80 percent of scanners could read that frequency. As a result, a shelter using a 125-kHz scanner euthanized a dog that had a 134.2-kHz microchip because the scanner couldn't detect the chip.

Since the microchip only transmits a number, it’s also important to have an accurate database with owner information linked to that number. This is often easier said than done: One study showed that when shelters found microchips in animals, only 58 percent of them were registered. So even though they had a microchip, the owners neglected to submit contact information. Shelters also report that the major reason they're unable to locate an owner is because of incorrect information in the database.

Another problem is that the U.S. does not have a central database for microchip registration information. Each company has a separate database for its own microchips. Since it's time-consuming for clinics and shelters to search each database, two websites (petmicrochiplookup.org and petlink.net) have been established for vet clinics that provide a link to the registries and manufacturers for individual microchips.

Be a Proactive Pet Owner

Despite these problems, microchips still have advantages over identification tags because they can't be lost, removed or changed. To avoid some of these microchip problems, there are a few steps that you can take:

1. Contact your microchip company and verify that your pet is, in fact, registered, and that the information is accurate and current.

2. Ask your veterinarian to scan your pet once a year to make sure that the microchip is working.

3. If your pet has a 125-kHZ or a 128-kHz microchip, and you plan to travel outside the country, rent a portable scanner to bring with you to your destination.

With any luck, your pet will never be lost, but taking these steps will help ensure that your pet will be promptly returned to where your beloved companion belongs — by your side.