To train a scent-detection dog, a handler first introduces the scent to the canine. He then puts the scent in a container and purposely walks the dog by it. He watches for the dog to have a natural reaction to the scent and then tells him to sit or lie down. If the dog does it, the dog gets a reward. In odor training, that’s usually the dog's favorite toy. The trainer keeps doing this over and over again, adding other containers into the mix or hiding the container with the odor to make it harder for the dog to find. Each time the dog correctly indicates that he smells the scent, he gets the toy.

“The dog thinks it’s a game,” Waggoner says. “You play that game until the dog is finding the odor reliably in lots of different environments.”

“With detection dogs, we typically want dogs who show a strong independence and a desire to work for praise,” Waggoner explains.


Training Requires a Lot of Skill

Because gluten is so pervasive, it raises the possibility that it could be harder to train on. Would a dog mistakenly indicate that the gluten-free cookies you're asking her to sniff contain gluten if she smells it on something else down the grocery aisle? Waggoner uses an analogy of training a human to listen for a certain sound frequency as an example of how that issue could be overcome. 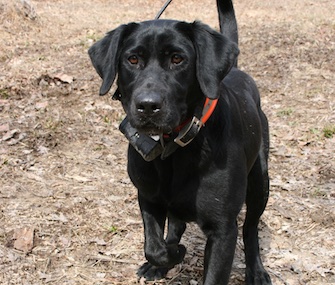 You might encounter a certain frequency quite a bit out in the world and not notice it. But if you’re then put in a room absent a lot of other frequencies, you could probably be trained to detect a certain one.

Training detection dogs is complex and requires a lot of technical knowledge, craft and skill, Waggoner says. The dogs are constantly learning, and once they’ve figured out how to get the reward, they could fool a handler into getting it.

“If somebody knew what they were doing and worked through it, it makes sense to me that dogs could do this,” Waggoner says.

If you’re considering looking for a scent-detection trainer, he offers some fundamental advice on what to look for:

No detection dog is 100 percent accurate, 100 percent of the time, Waggoner says. “They might not detect it because their attention is on something else, their nose is otherwise occupied,” he says. But with detection work, “the gold standard really is the properly trained detection dog.”


Some organizations are training detection dogs to sniff out other allergens, including peanuts. At Auburn, experts teach dogs to detect pythons in the Everglades or track down the skat of rare species.

Waggoner and his team are also working on a pilot program for detecting viruses. Now in its early stages, they're training dogs to detect a bovine virus — with the hope that someday, they’ll be able to work in hospitals to alert their handlers to the presence of a virus in humans.

So while there are challenges when it comes to training dogs to detect gluten, it seems that someday soon, these impressive canine noses just may be up to the task.