Most Popular Names for Siamese Cats 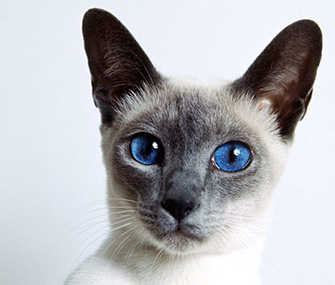 Siamese cats are among the best known and most easily recognizable of all cat breeds, even though, according to the Cat Fanciers Association, they're only the ninth most popular registered cat breed. As famous as this curious breed is for his bright blue eyes and distinctive pointed markings, he's just as legendary for his tendency to be incredibly vocal.

The breed's nickname is Meezer, but what about the names owners choose for their own cats? Like the Siamese, we, too, tend to be insatiably curious, so we looked at more than 170,000 names belonging to Siamese cats to figure out which Meezer monikers came up most often.

If you're familiar with our list of the most popular kitten names, you may have noticed that many of the cat names that are common among Siamese are not necessarily top picks for the general kitten population. After careful examination, we've come up with some theoriesas to why particular names might be so big with this breed.

All about alliteration:Owners might not actually call their cats "Sammy the Siamese," but based on the number of names beginning with an "s" on this list, we don't doubt that the "s" sound played a significant role in the selection of names. Simon, Sam, Sammy, Sassy, Samantha and Sasha all made the top 10 list for Siamese cats but were not found on the top 10 list for all kittens. Smokey and Simba were also top 10 picks for Siamese, although, since those also made the overall popular kitten names list, they didn't stand out to us quite in the same way.

Looks and personality:It's likely the name Blue is directly related to the color of the Siamese's eyes, and we suspect the name Bandit might have something to do with mask-like dark coloring on the cat's face. When it comes to names like Sassy, Buddy, Princess and Baby, it's not hard to see a correlation with some renowned Siamese personality traits. The breed is notorious for having a big personality and are often considered intelligent — they typically take rather well to training, for the record — inquisitive, friendly,demanding and unafraid to express opinions about anything going on in their world.