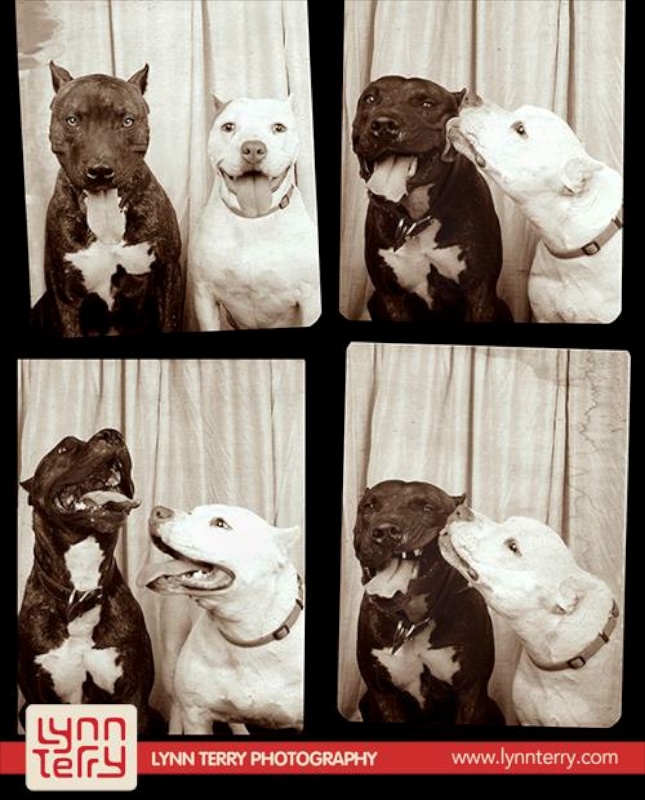 What happens when you put two dogs in a photo booth? They ham it up, naturally! Missouri photographer Lynn Terry first put two rescued Pit Bulls, Petunia and Tucker, in a photo booth set she created with boxes and curtains in her studio a few years ago.

Right away, the pooches started smiling and licking each other for the camera.

“They came together, locked lips, and I knew I made gold,” Terry told Today.com.

For Valentine’s Day this year, she resurfaced the idea and invited pet owners and local shelters to bring their dogs by to take pictures in the booth.

She recently shared her original on Facebook, writing, “I feel the need to do a big shout-out to the original photo I did a few years ago that inspired all the photo booth shots I have done since then. I knew when this went viral I had something special. Thank you for all the new supporters. I love the bullies!”

Now that the pictures have become so popular, Terry is working on creating a series of them.