The Most Popular Names for Persian Cats 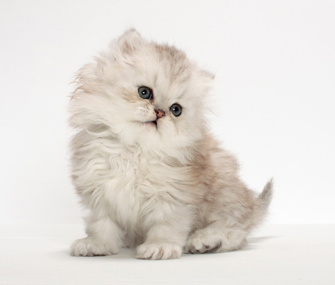 Do us a favor: Picture a Persian cat. Got it in your mind? Great. We're willing to bet you're envisioning a gorgeous, fluffy white cat perched on a velvet pillow (or at least something along those lines). Admittedly, the breed does have a certain image — and reputation — but Persiansactually come in a variety of colors, and the "show" version of the cat has features that are more exaggerated than the traditional Persian.

A few names appear on both the popular Persian names list and our top 10 list of the most popular kitten names of the year: Smokey, Max, Simba, Oliver, Charlie, Chloe and Bella. But, many of the Persian names aren't nearly as popular among the rest of the kitty population. Of course, we have some theories as to why some of those monikers might be so fashionable among owners of Persian cats!

Quite a few of the names that are highly popular among Persian cats, but less common for the general cat population, seem to be direct references to the cat's personality. Gizmo, a name just as cute and quirky as any Persian you could hope to meet, grabbed the top spot for males (up 22 from its place on the popular cat names list). The top two names for female Persians, Princess and Precious (up 18 and 43 places respectively), are certainly in line with this pampered kitty's reputation.

Sebastian, No. 4 for male Persians (and a dignified name, if we ever heard one), also falls into this category, and we'd consider Nos. 4 and 5 for female Persians, Sassy and Angel, good fits, as well.

Other names that stand out on the Persian names list seem to fall into two categories: exotic and traditional. Oscar (No. 5 male Persian name) and Sam (No. 10 for male Persians) are classic, traditional and even slightly preppy names, as are Misty and Sophie (Nos. 6 and 7 on the female list).

Sasha (No. 8 female Persian name) and Jasmine (No. 9) both evoke a somewhat exotic, foreign and glamorous feel, and since the breed is thought to originate from Persia (although not much else is actually known about the cat's history), we think those names are just about perfect.